After returning to Edinburgh from the Highlands, there were still a few key “Scottish” thing we hadn’t experienced and I was determined to find some haggis and some bagpipes.

As far as tourist attractions, the one thing everyone old us (Americans and Scots alike) was that Edinburgh Castle. We did and we agree. 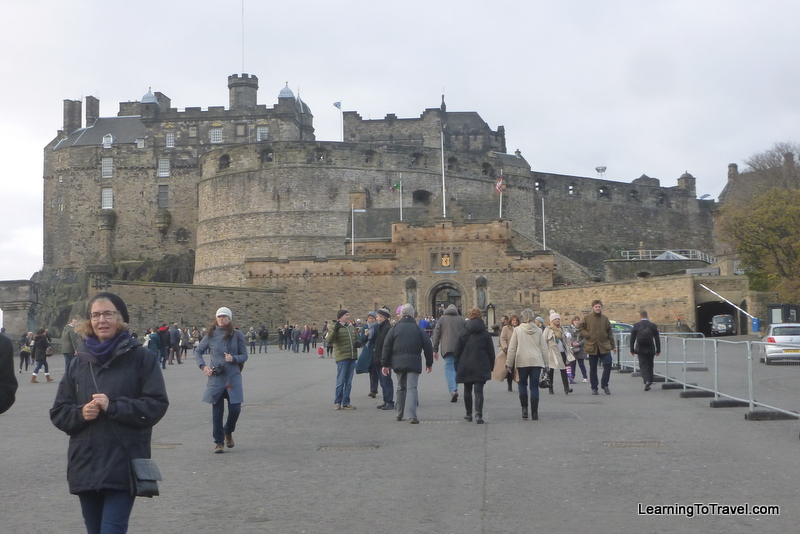 the view of the city 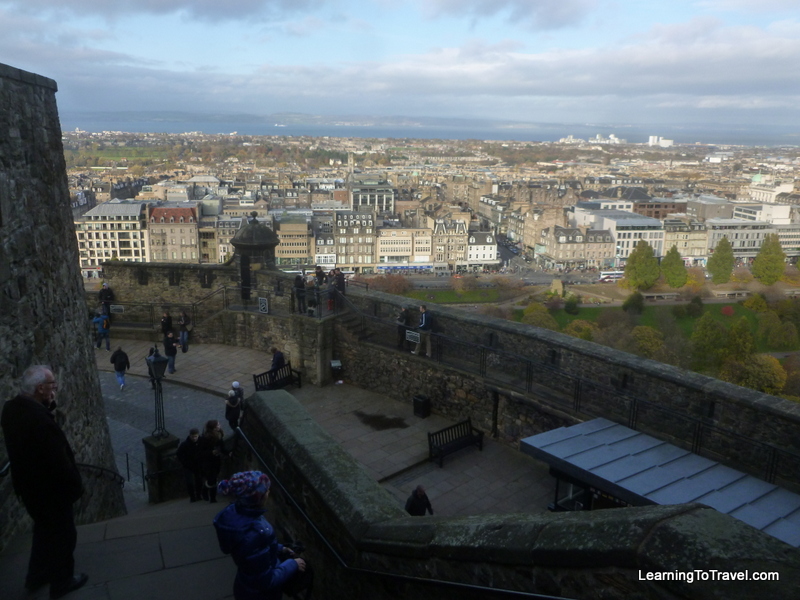 and the chance to see the Honours (crown jewels) of Scotland (which right now are retired, but there’s a chance they could be reinstated).

It had been obvious all morning that someone of some importance was onsite as there was a significant police presence and a few secret service looking guys. And in a lucky turn of events, we were just leaving the crown jewel exhibit as Princess Anne was crossing the courtyard outside. So our trip to the UK now included a royalty sighting. 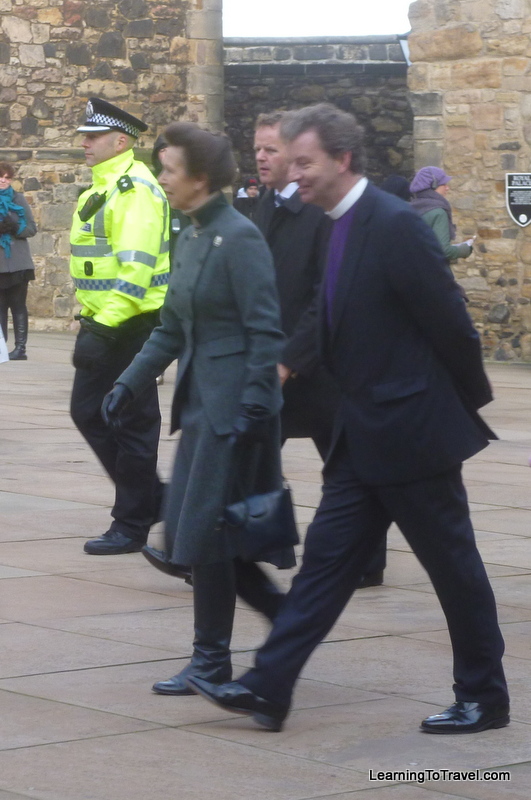 At lunch, I wasn’t brave enough to order haggis, but enjoyed a Scottish Pie and a Belhaven beer. And we were able to taste some haggis and actually deemed it quite tasty. (Probably a lot tastier than the kind below, but it’s the only photo I have.) 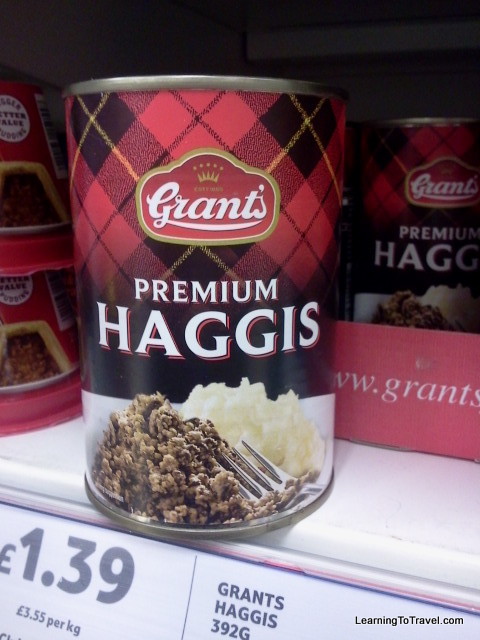 On our walk back through town, we found a bagpiper who invited me to have a photo with him. 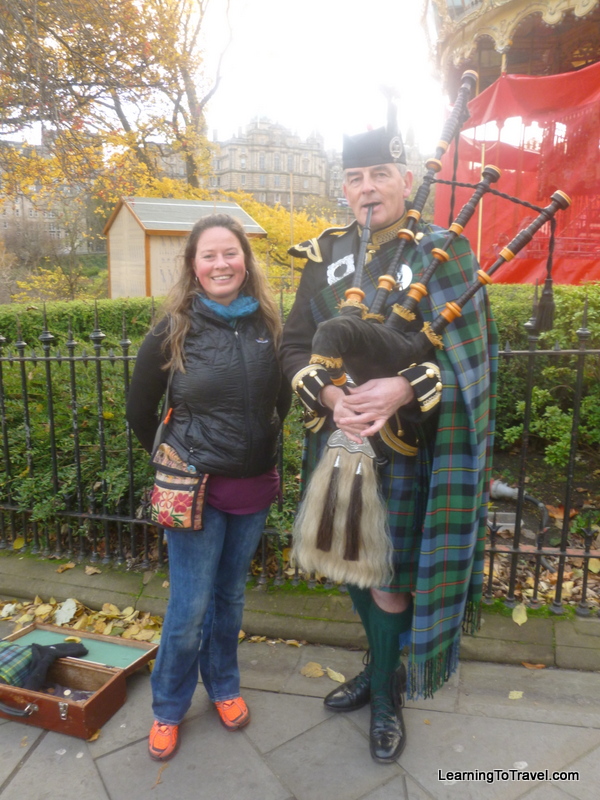