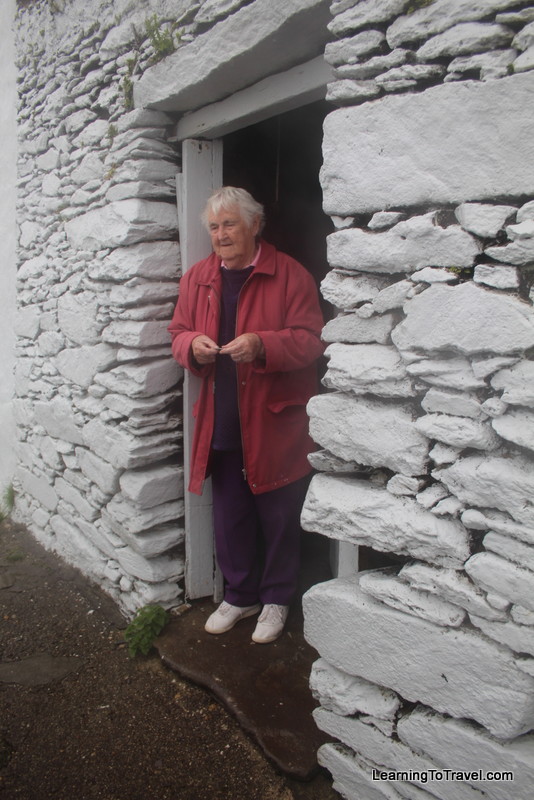 You might remember her from my post last week. There was so much more to say than could fit in a photo caption, that I thought, “she deserves her own post”. So here it is.

Mary didn’t only meet Tom Cruise during the filming of Far & Away, he apparently really liked her company. Instead of eating the catered lunch on set, he used to come over to Mary’s house for lunch everyday.

In typical Irish form, Mary wasn’t particularly impressed with the famous actor. I’m guessing she treated him with typical Irish hospitality, but just the same as any other person. Maybe that’s why he liked to come over for lunch. 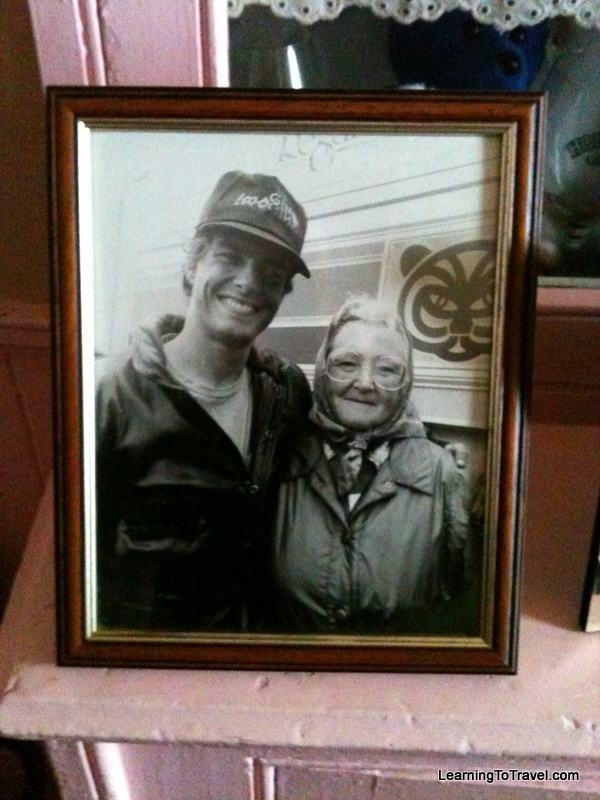 She does have a 5×7 photo of her with Mr. Cruise on the shelf and she did invite us into her living room to look through her photo album. There are photos of her with Tom Cruise and her in costume, as she even got a bit part in the movie. 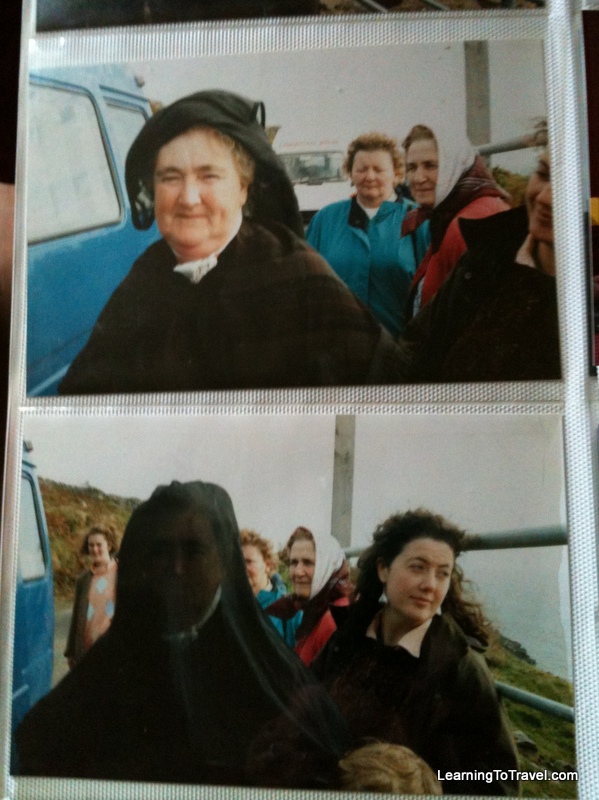 Now the real reason we actually met Mary was that just next to and behind her house is a whole complex of beehive huts built and used by monks in the 6th century. 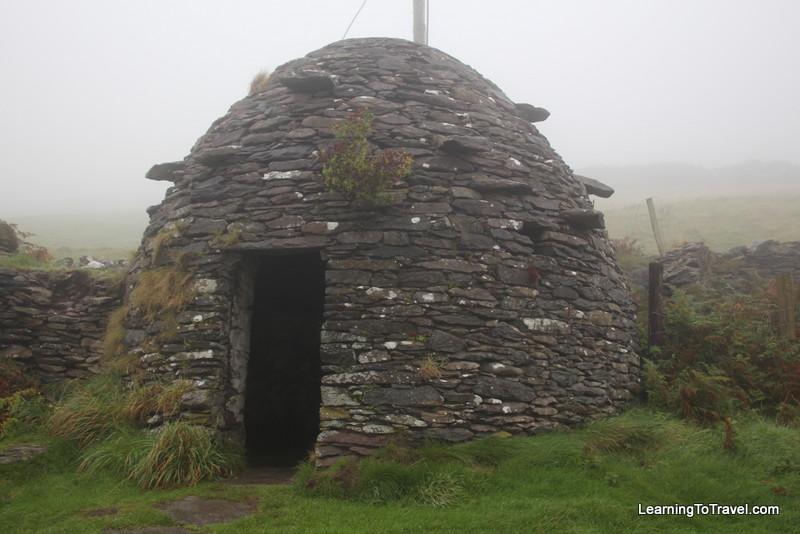 You’re just driving down the narrow windy road and there’s yet another normal home. This one has a little mound next to it, but no signs, nothing official, you’d never know. 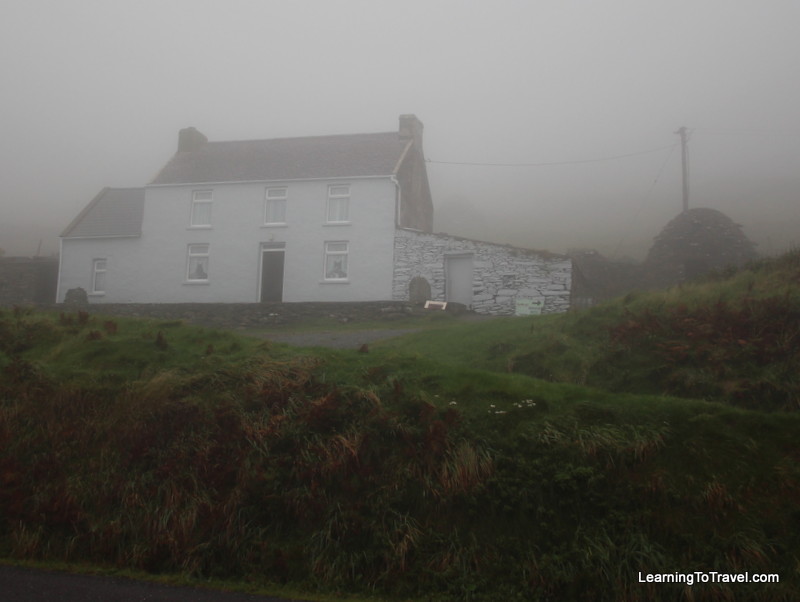 Ok, there is a small sign but it wasn’t very obvious and certainly wouldn’t have caused me to stop and march up to knock on someone’s front door. 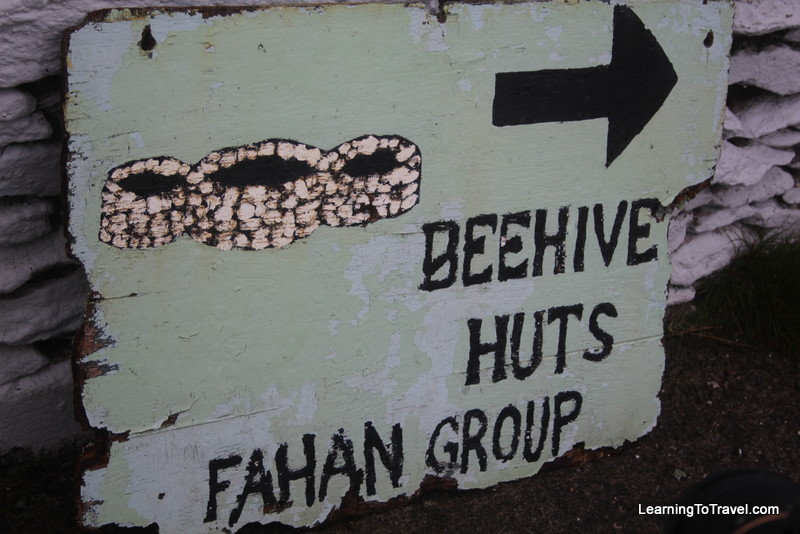 But tour buses know and stop by and Mary welcomes them into her tiny living room. And for 2 euro, you can go poke around the beehive huts Ireland. 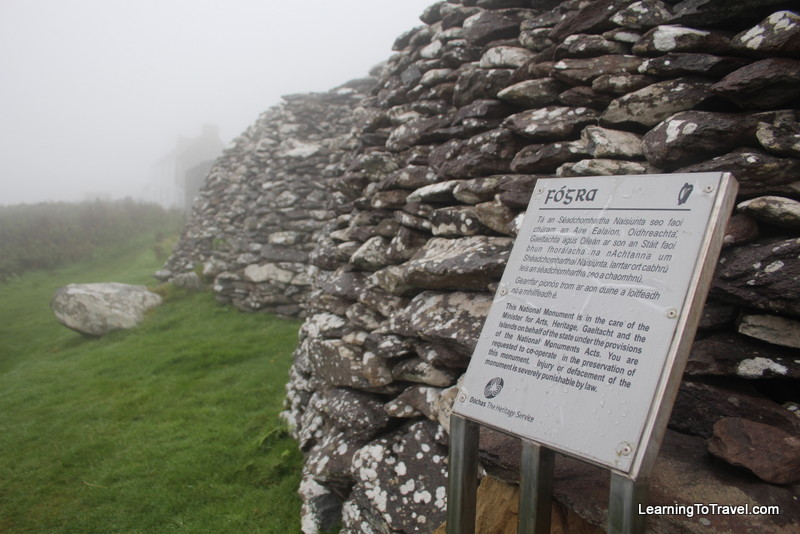 There are 48 of the stone huts covering the hillside and they’re linked by underground tunnels, so if there was an attack on one hut, monks would be able to escape to a different hut and then take off from there. 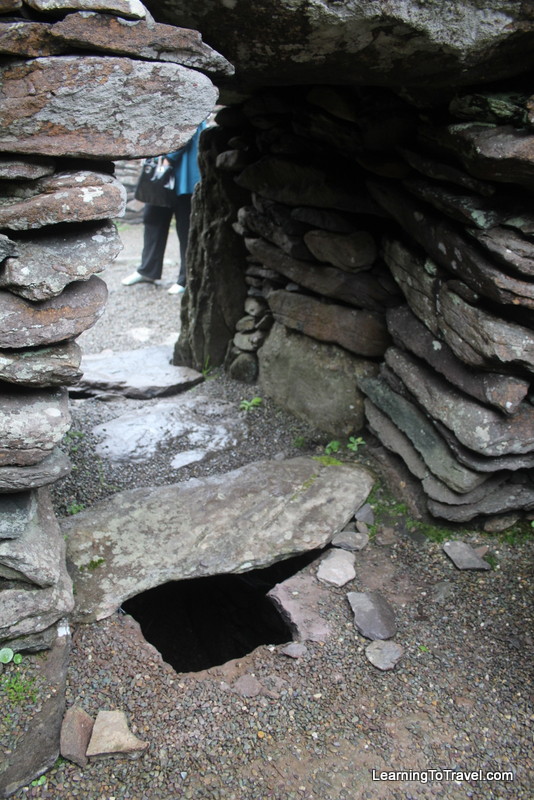 In a way, Mary and her property embody Ireland. Very unassuming, but full of stories and history. It is easy to miss amazing things because they aren’t all flashy and “look at me”. We would have missed this spot and seen only a pretty typical Irish country house in the mist.

Luckily, we were on a tour with Paddywagon Tours and our guide Mike knew the ins and outs of the area and let us in on the secrets and stories. And once again, we were welcomed by a complete stranger.