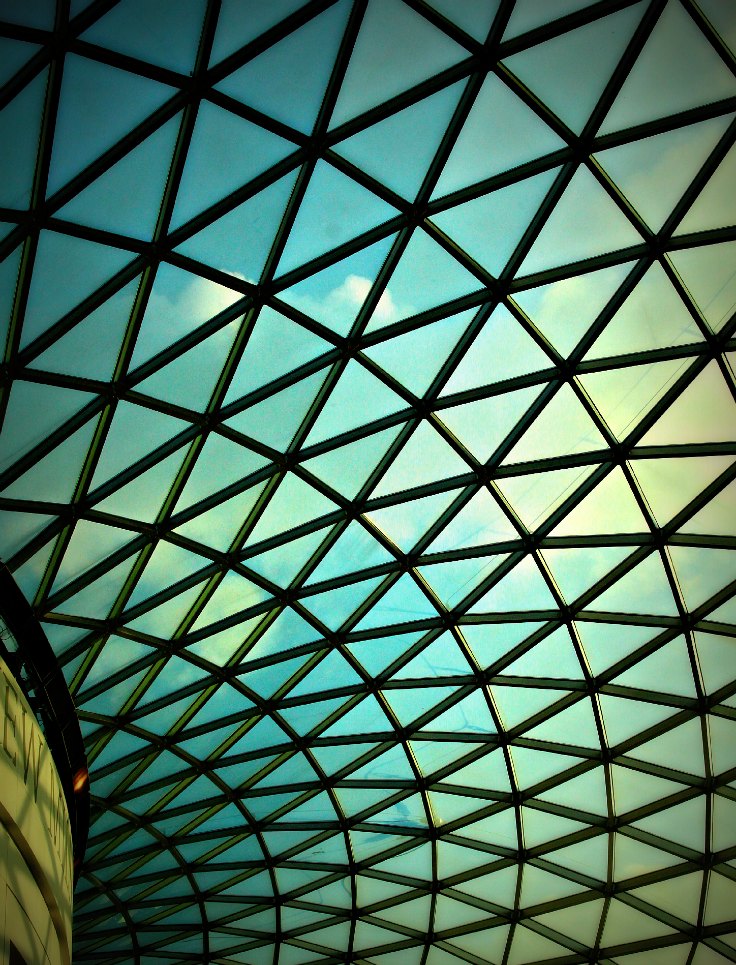 The British Museum in London, England was one of the highlights of our travels. So much history under one roof. A bit of controversy too in regards to what the Brits have the right to keep but we’ll leave that to others to sort out.

Speaking of roofs… this is the often photographed glass ceiling of the Great Court.

London is expensive but many of the museum, including this one, are free to visit. In fact you can even bring your own food to the Great Court and enjoy a less expensive lunch. Highly recommend that. In fact during our visit to the museum we just went across the street to a shop similar to 7-11 and bought sandwiches and chips (crisps) then returned to the museum for to eat.

This is what the museum’s website offers about the Great Court:

In the original Robert Smirke design the courtyard was meant to be a garden. However, in 1852–7 the Reading Room and a number of book stacks were built in the courtyard to house the library department of the Museum and the space was lost.

In 1997, the Museum’s library department was relocated to the new British Library building in St Pancras and there was an opportunity to re-open the space to public.

An architectural competition was launched to re-design the courtyard space. There were over 130 entries and it was eventually won by Lord Foster.

The competition brief had three aims:

The British Museum Great Court was opened on 6 December 2000 by Her Majesty the Queen.

What is your favorite museum in London? Or in the world? Let us know in the comments below.