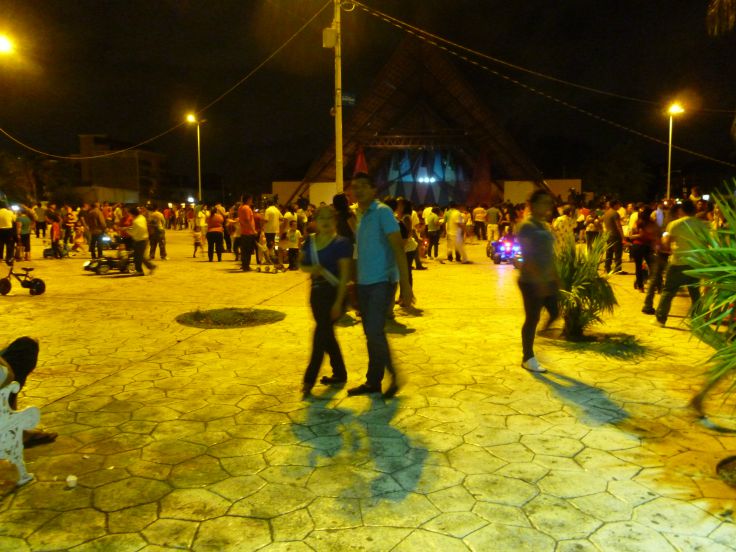 There is a side of Cancun that I am guessing most American tourist who have been to the city have not seen.

Joyce and I had a short two night stop there because we were flying out of the airport on our way to South Africa. We opted to stay downtown via an AirBnB and that allowed us to get a glimpse of the Cancun the locals call home.

We discovered a large plaza with a stage where bands played that was surrounded by various food booths. It had a strong community vibe of people getting out of their houses to enjoy each other’s company, there was not a gringo anywhere to be found (except us of course).

There is much more I could say but the moral of the story is do not write off Cancun, it has more to offer than the hotel zone.