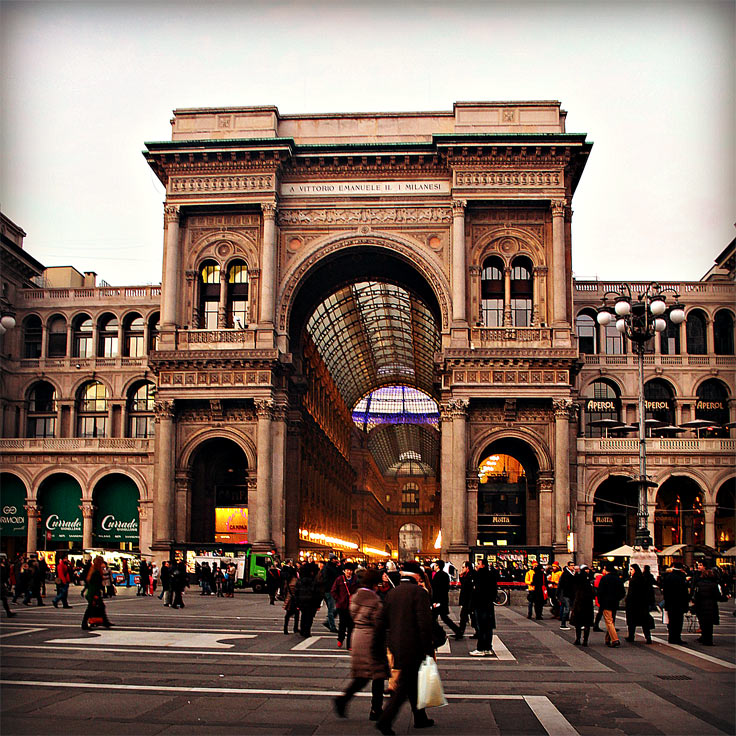 I had no idea of what to expect in Milan. It was a city I’d heard of but not one I really knew much about. For tourists it is more of a pass through city than a destination city and that was case for us. It was where we flew into from Fez, Morocco, on our way to Venice. But I wish we had more time there.

This photo is of the Galleria Vittorio Emanuele II, considered to be one of the first shopping malls in all of human history. For me it was a great place to explore because of the building itself, not the shops inside. I’d say when it comes to shopping Milan is a bit out of my league. Though there was a giant book store in there that we spent a fair amount of time browsing even though most books were written in Italian.