We woke up to sun today and sunny days in London especially in October must be taken advantage of! We decided to head for Greenwich and its UNESCO World Heritage Site. It was a great choice and a really enjoyable day! Here’s a view of the city from One Tree Hill in Greenwich Park. 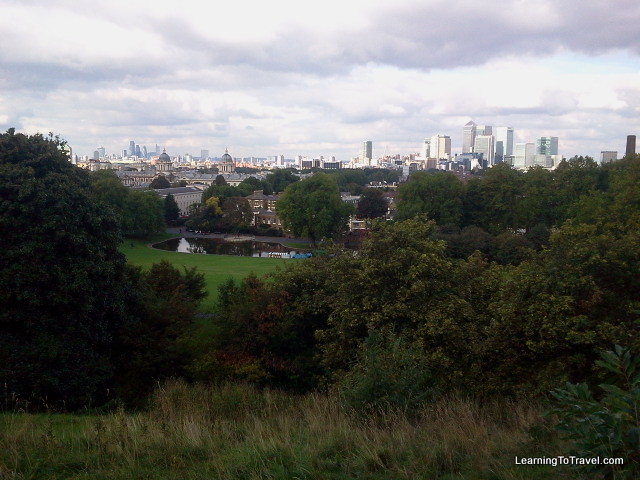 We also paid a visit to the Painted Hall on the Old Royal Navy College campus. The building was designed by Sir Christopher Wren and the painting took Sir James Thornhill 19 years! 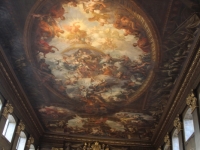 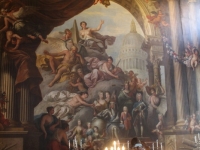 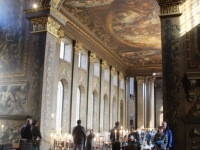 At Greenwich Market, we perused the craft booths and had lunch. I chose the lamb and halloumi wrap from a food stall that appeared very popular. Although since it was Saturday at lunchtime, they were all popular! The beauty of the market for a couple traveling together is we can make very different culinary choices and still eat together. 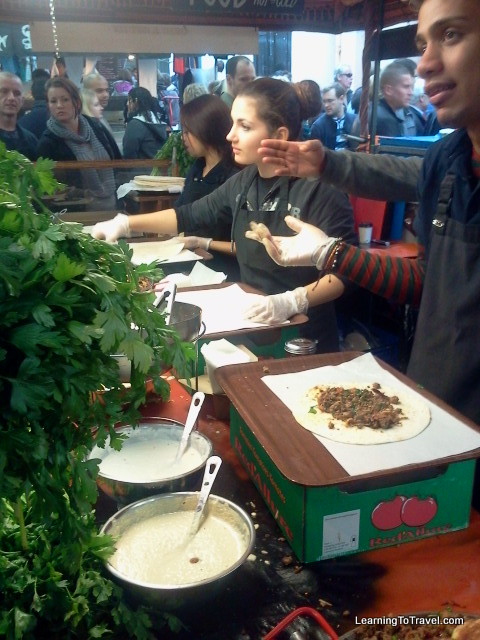 Then it was off to Meantime Brewing Company to taste a few beers. 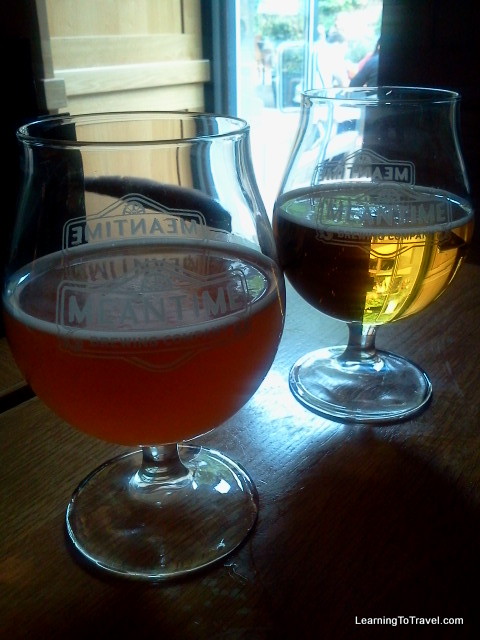 Who knew you could walk under the Thames?! This is the Greenwich Foot Tunnel from Greenwich, London, to Isle of Dogs. 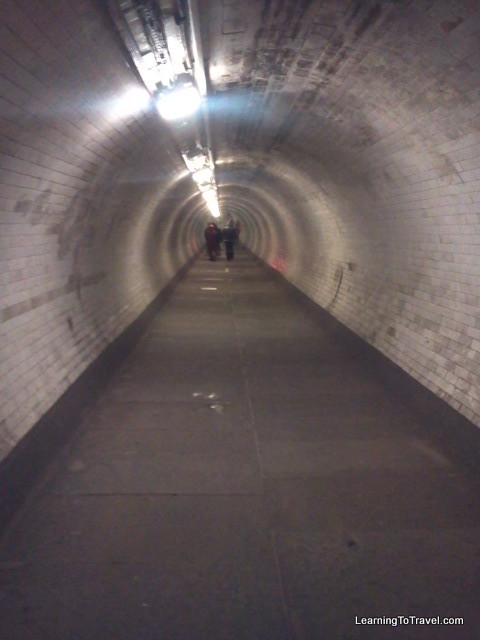 Once on the Isle of Dogs, we found one of those handy “Hire a Cycle” stations and picked up a few bikes for a little ride along the Thames. 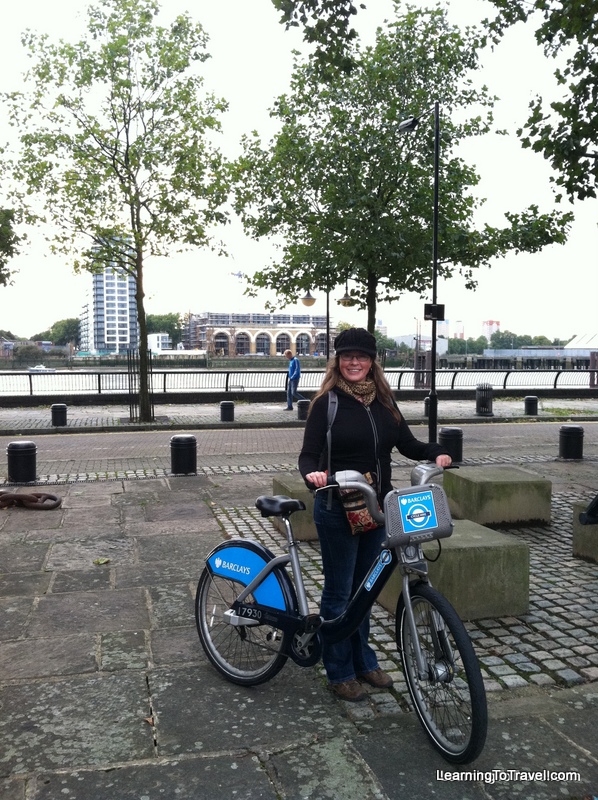 We rode until we found another station to return the bikes and hopped on the light rail at the station next door and headed home. Excellent day exploring a neighborhood in London!

Oh, and one of my favorite bits, there’s an interactive exhibit called Discover Greenwich that shares the Tourist Info Center building – here’s Daryle 🙂 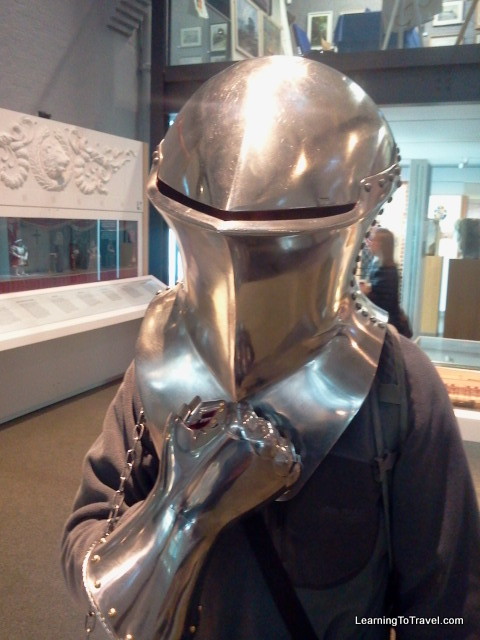