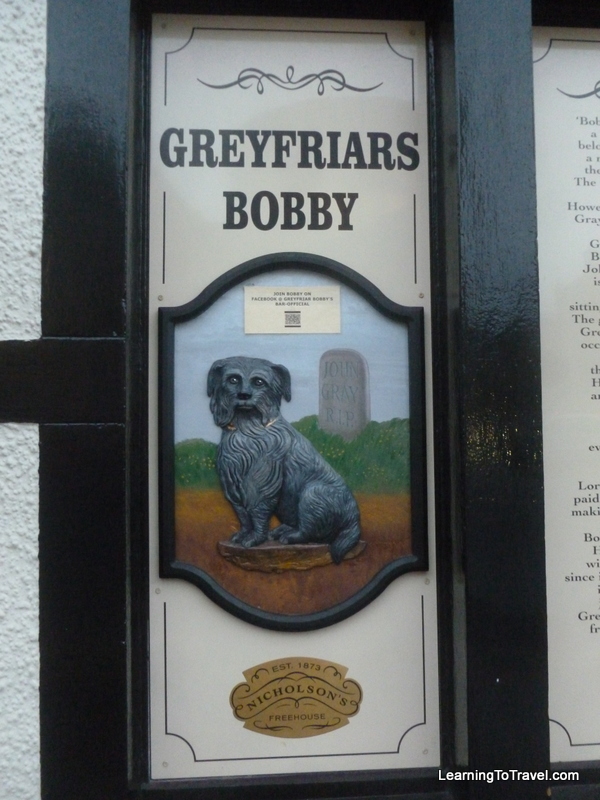 We first heard the story of Greyfriars Bobby on a visit to the Edinburgh Museum on our first pass through the city. When we passed through again, our host pointed out the statue and related the story again. I suspect it’s hard to visit Edinburgh without being introduced to this little dog.

It’s one of those stories partly true, partly uncertain that has grown into a sort of legend that transcends nationality and connects with the human part of us all. I heard several groups of non-English speaking tourists huddled around the statue talking excitedly. All I could make out was “Bobby”, every few sentences.

The story is pretty simple. There was a man named John Grey, maybe he was a night watchman for the city police, maybe he was a shepherd. At any rate, he passed away in Edinburgh in 1858 and was buried in Greyfriars Kirkyard. Mr. Grey had a Skye Terrier named Bobby and being an obedient companion, Bobby spent the remaining 14 years of his life guarding his masters grave.

The dedication of this dog so touched the hearts of the people of Edinburgh that residents would feed him and offer shelter in bad weather. In fact, when when a new law went into effect requiring dogs to have a license or risk being destroyed, a resident paid the fee and bought Bobby a collar. The collar is still displayed in the Edinburgh Museum.

Bobby died himself in 1872 and was also buried at the cemetery at Greyfriars. 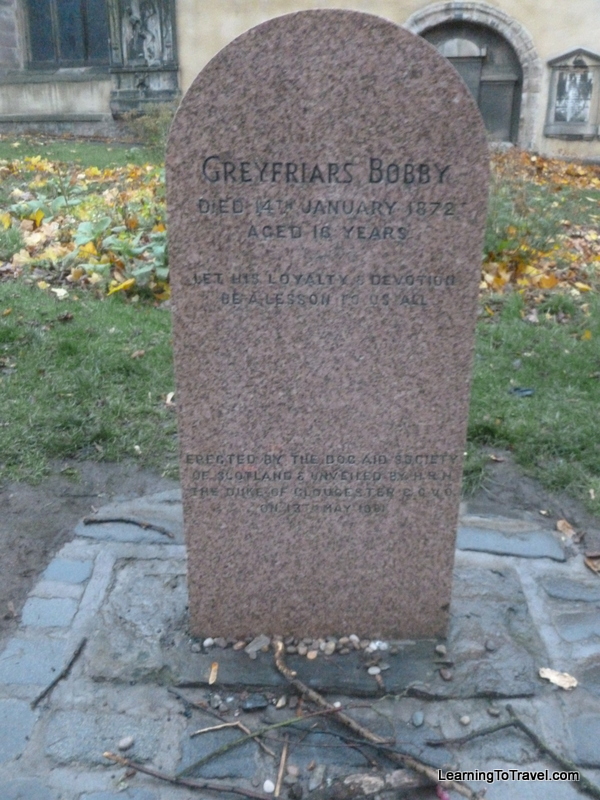 A statue was commissioned by a townsperson and erected a year later on the street corner of a prominent intersection outside the cemetery. 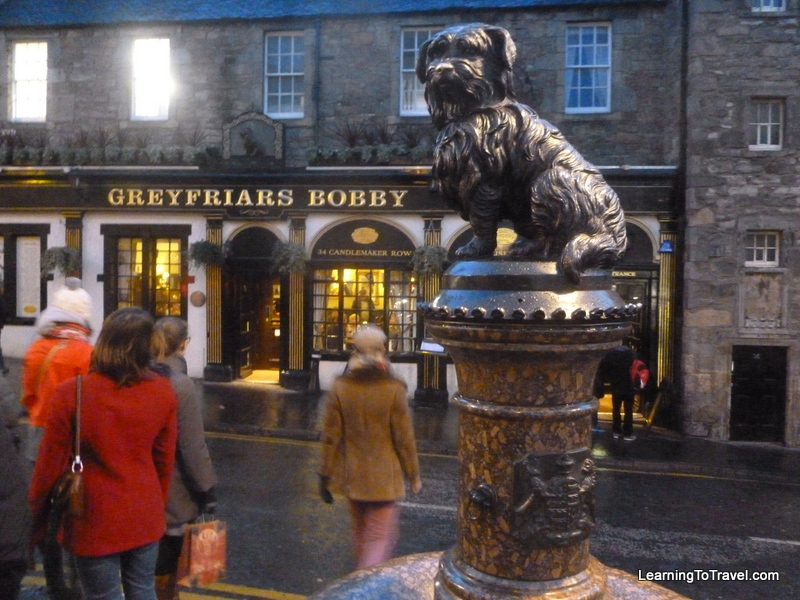 The story of Greyfriars Bobby has attracted quote a lot of attention over the years, not just from visitors to Edinburgh, but from writers and filmmakers, particularly in America. Disney even produced a movie telling the story back in 1961.

On a side note – Most people just stop at the cemetery to see Bobby’s grave which is at the entrance, but it’s really a fabulous cemetery. The kind you’d film a scary movie in. It’s worth a wander-through. We were there just at twilight, which felt especially perfect. 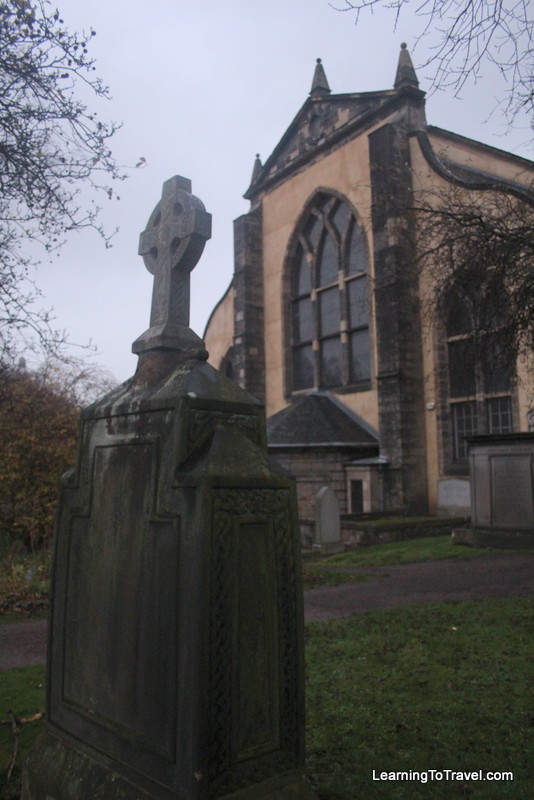 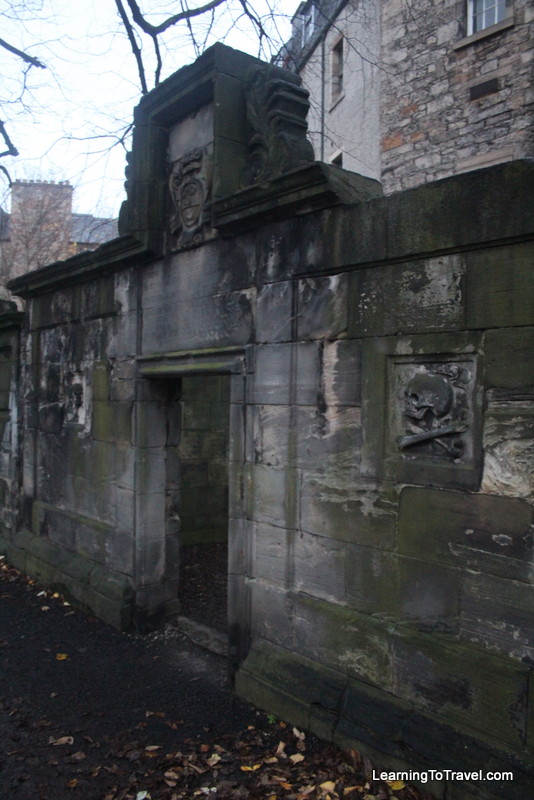 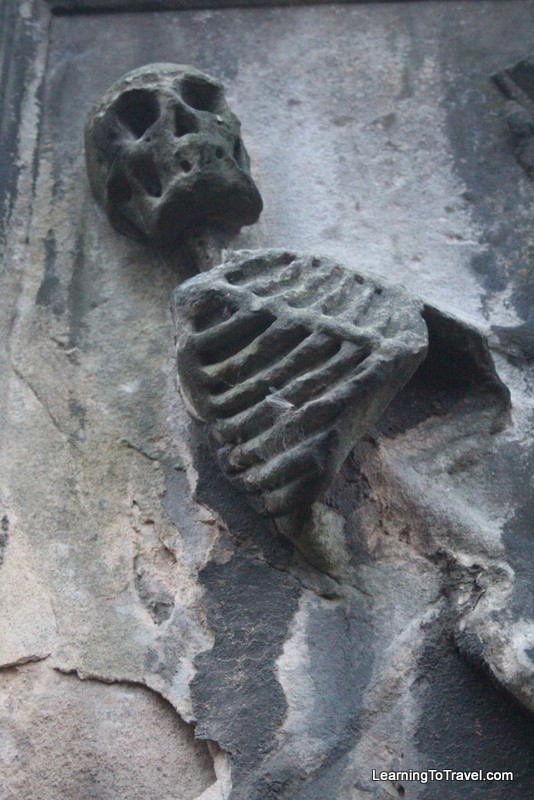