I’ve always wanted to visit the Highlands of Scotland. Already being so close and having family in the region, we figured the time was right, even if the weather most likely wouldn’t be.

My aunt is from Wales and while she moved to the US years ago, her sister has migrated north to Helmsdale, a tiny town on the east coast in the far north of Scotland. It is way up there. 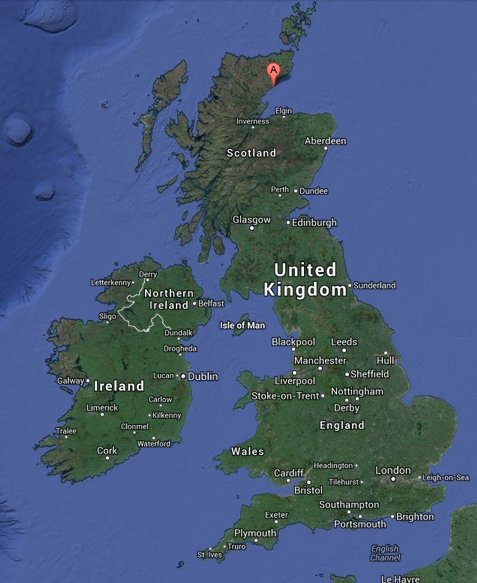 On November 9th, we headed north from Edinburgh on a beautiful train ride. Turns out we were just in time to catch the changing leaves still. 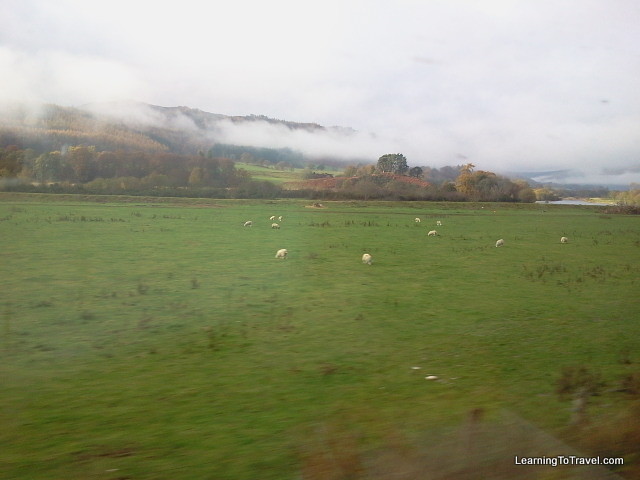 In Inverness, we were met by Ian and after a quick detour to Loch Ness, we made the 2 hour drive north to Helmsdale. No sighting of Nessie, but the loch was beautiful. 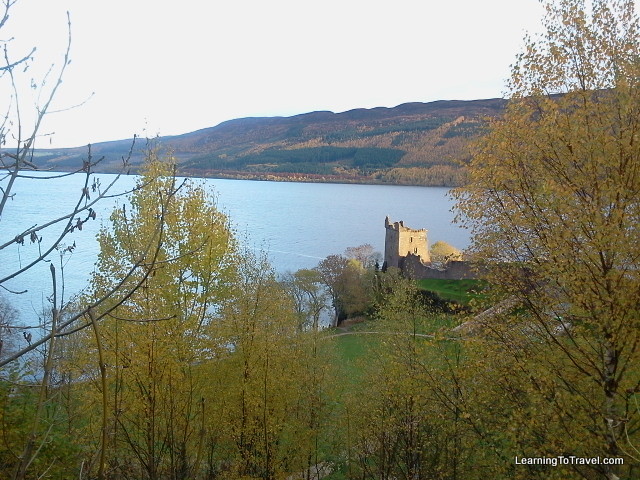 On our first day in town, Chris and Ian were showing us around the Helmsdale harbor when the local rowing team started hauling their boat into the water for a Sunday afternoon practice session. After a chat, they offered us the opportunity for a quick spin and Chris & I jumped in. 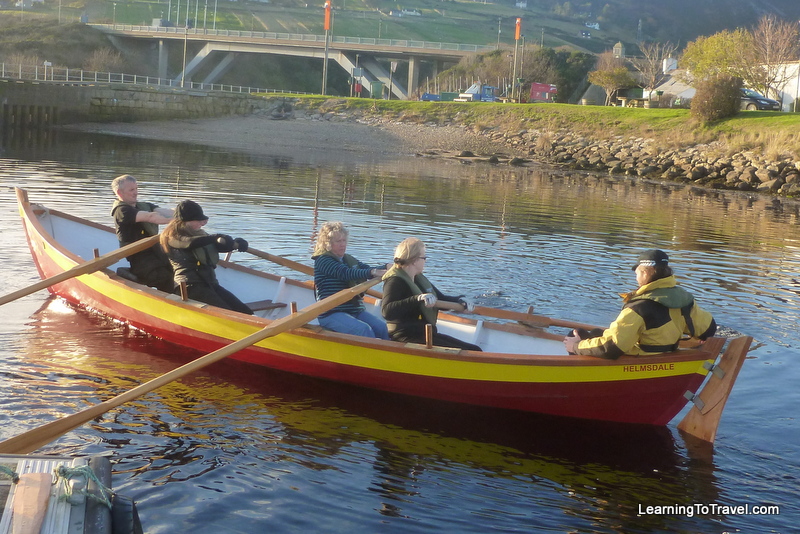 Rowing is big in the UK and I had been hoping for a chance to give it a go. No time like the present. We spent a lot of our time in the Highlands taking walks in beautiful countryside and beaches with Chris, Ian and Sky. 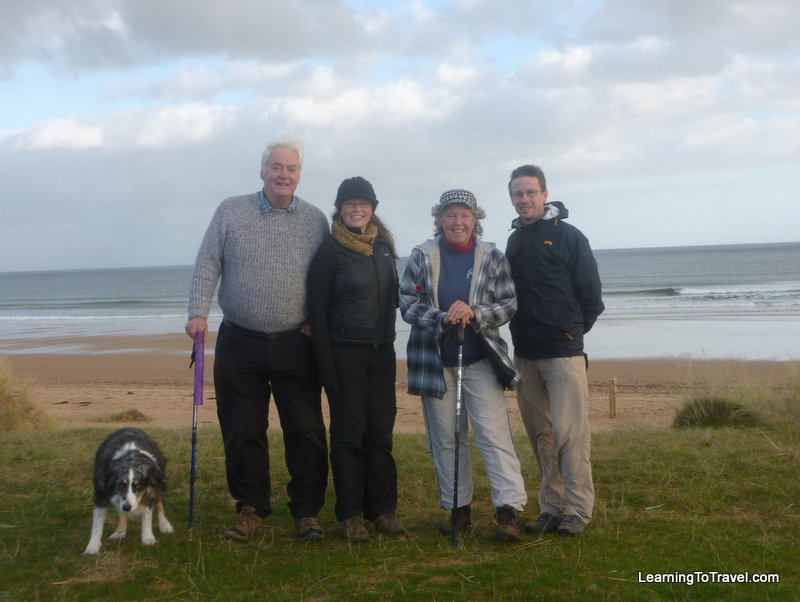 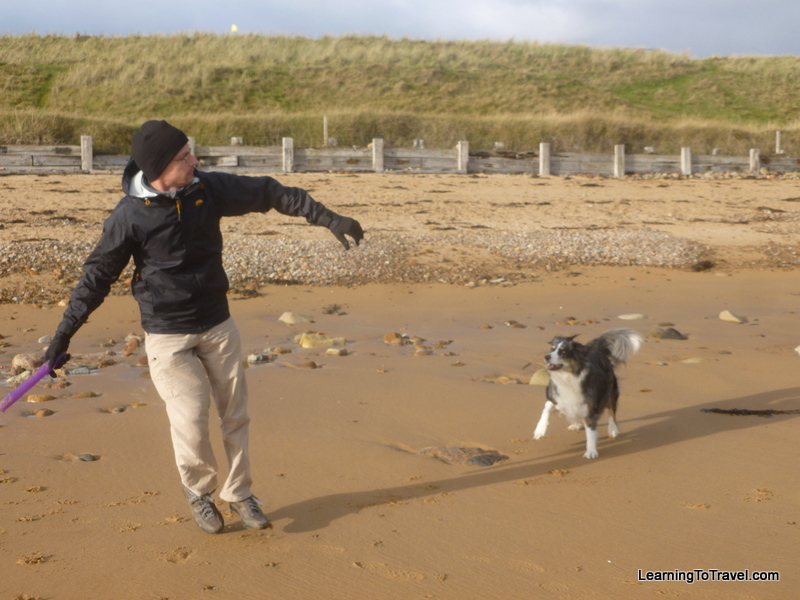 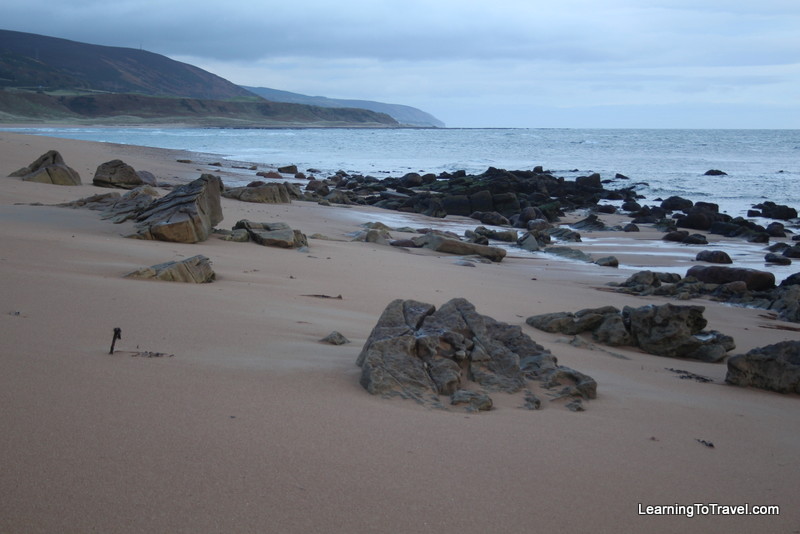 And sometimes these walks even ended in views of fairytale castles. 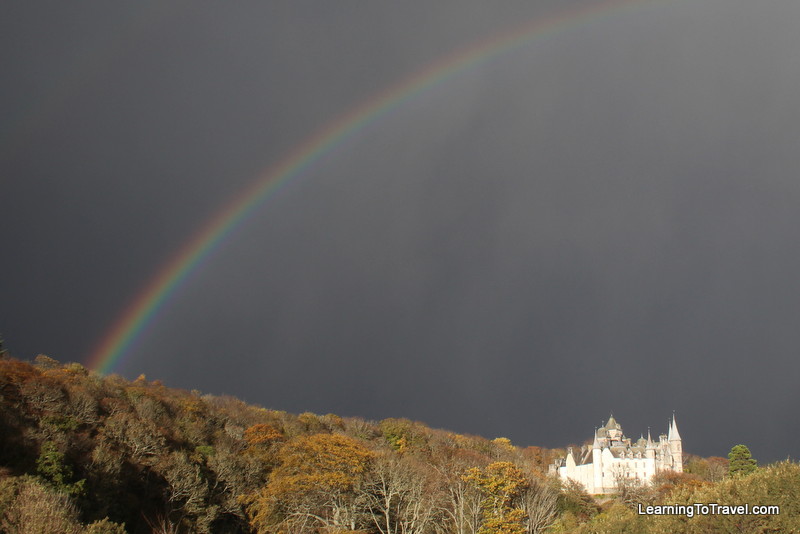 Being November, quite a lot of tourist destinations were closed, but we were still able to visit a whisky distillery 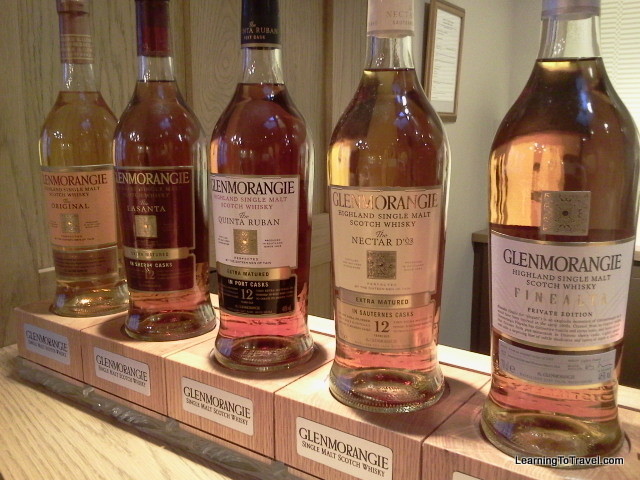 and to make a trip even further north to the northernmost point in the mainland UK – Dunnet Head, to John O’Groats and to catch a glimpse of the Duncansby Stacks even though it was too windy to hike closer. 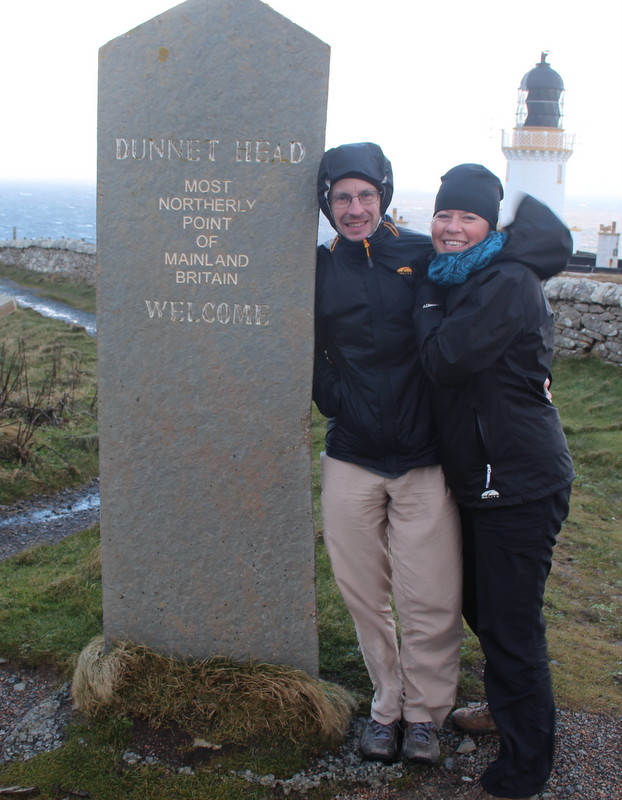 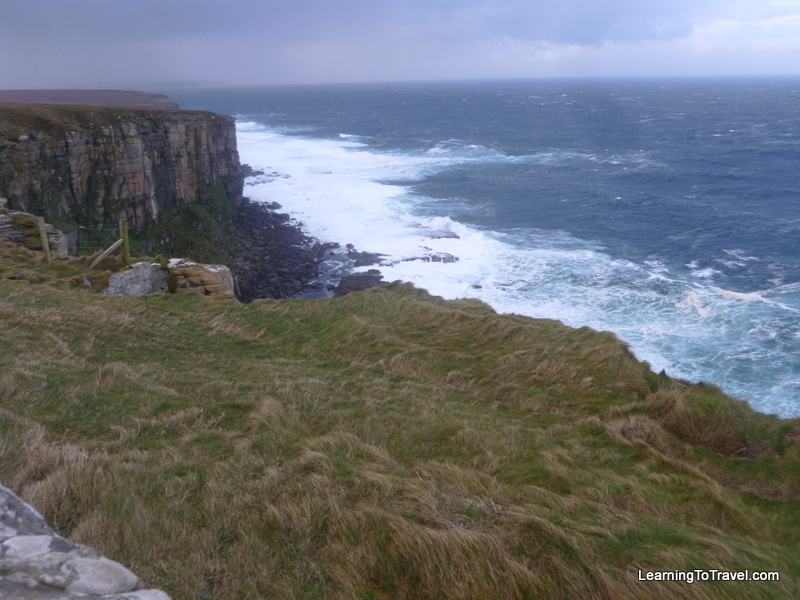 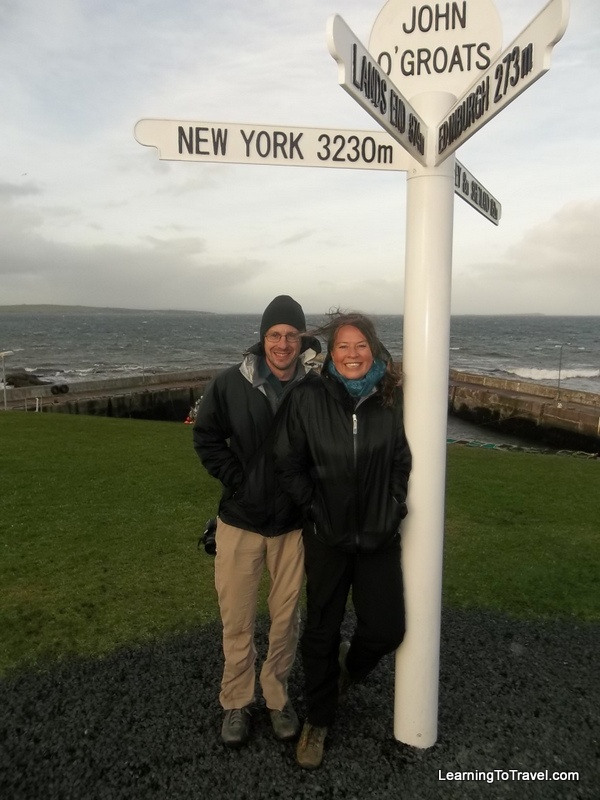 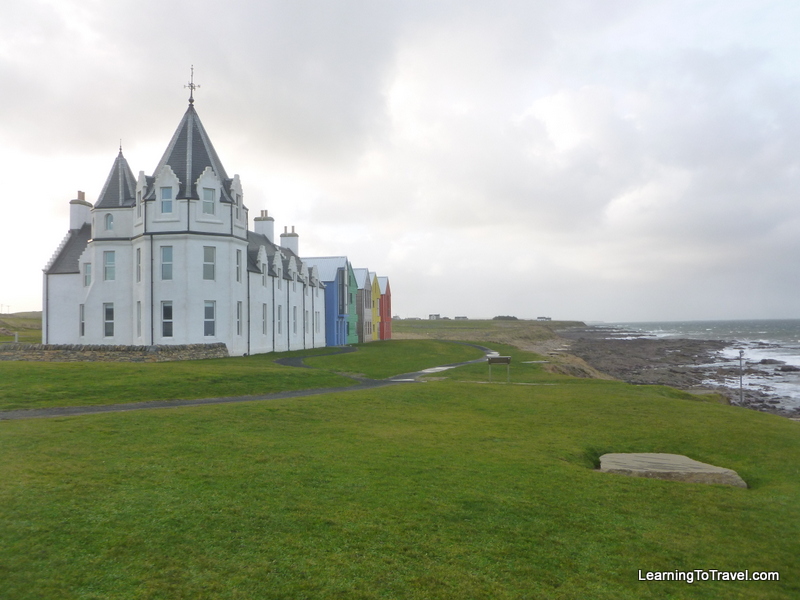 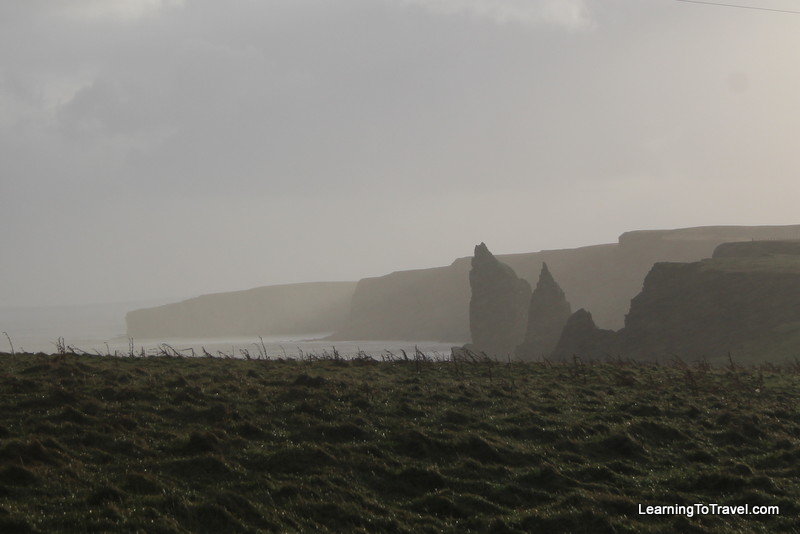