We found Scotland and Ireland to have a number of similarities, and of course a number of differences as well. Both are primarily rural countries with a lot of livestock. Both have their own Gaelic language and are known for their hardworking, down-to-earth friendly people who are proud of their heritage. And both love their whisky (Scotland) or whiskey (Ireland), depending on which country you are in. 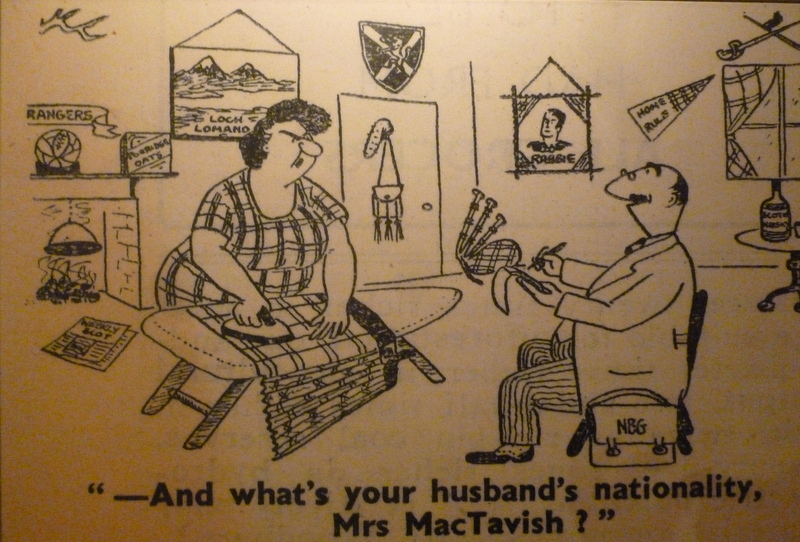 While, the Scottish are quite friendly, its in a bit more reserved way than the Irish. Although not as gregarious as the Irish, the Scottish are every bit as hospitable and friendly once you get to know them. And even though there may be several pubs and a whisky distillery in just about every town, the drinking culture in Scotland seems to be a bit more refined. The Scots we met sipped whiskey in the evening, while the Irish we met were likely to take a swig from the bottle in their pocket. I’m sure this isn’t always true, but was our observation. Also, Irish whiskey seems to be of just a few varieties (primarily Jameson), while Scotland has an endless number of high quality choices. Both countries produce several tasty nitrogen beers, but beer seemed to be a bigger deal in Ireland.

As we rode the train north from Edinburgh to Inverness, the last of the leaves we’re changing and beginning to fall. The hillsides were red with heather and we saw our first snow of the trip in the Cairngorms. They say northern Scotland has more sheep than people. Whoever “they”are, seem to be correct. There are a lot of sheep and up north, even the large towns, aren’t all that large. 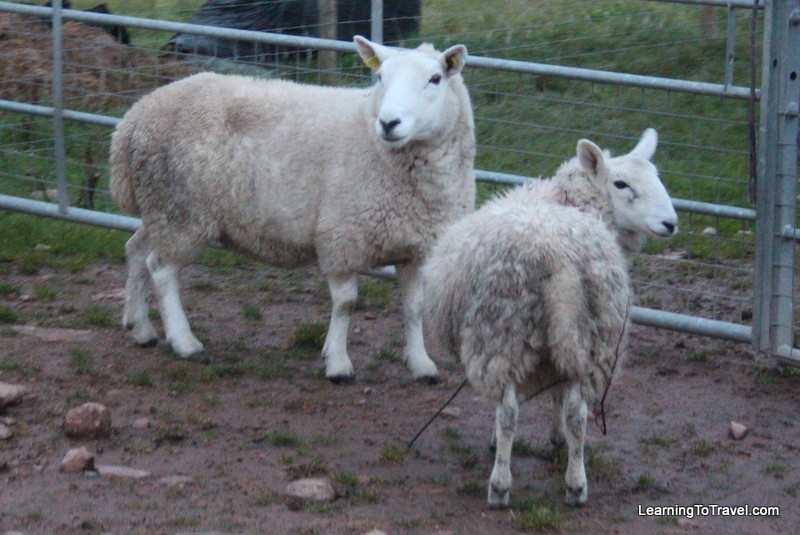 There are a number of charismatic domesticated animals that you see as you drive around the Highlands. There are Shetland ponies, long-maned fuzzy horses (which I’m sure have a specific name as well) and of course the Highland cattle. 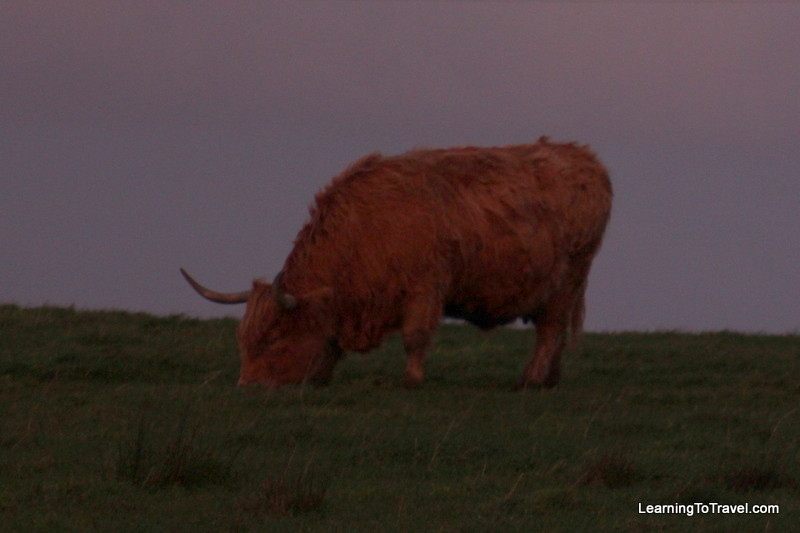 You’ll notice, they all seem built for rough winters. And it definitely gets rough here in the winter, cold and dark. the sun was setting at about 4pm when we were there in November.

The countryside is picturesque – sheep, haybales covering fields that stretch to the sea, rugged coastlines dotted with stone castles, churches and towers in varying stages of use and repair. 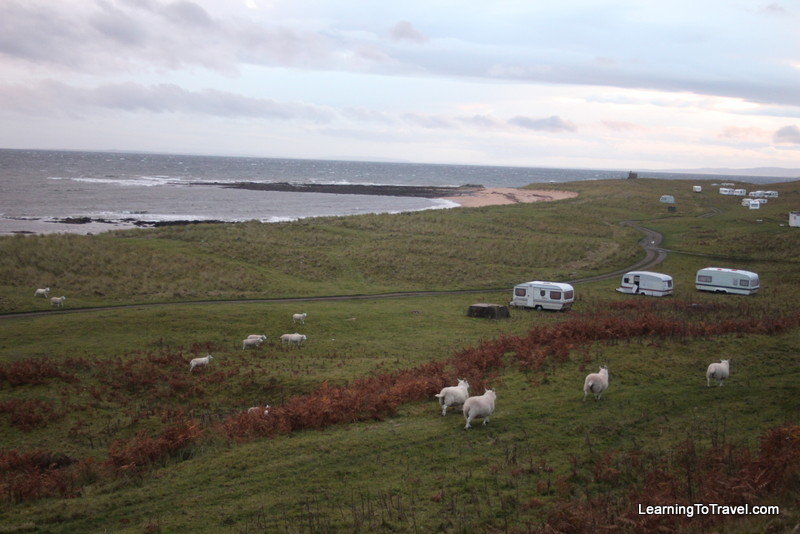 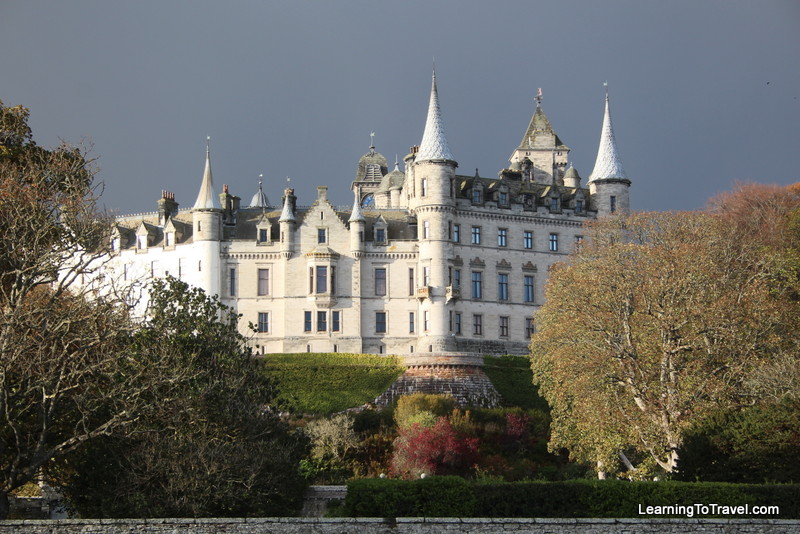 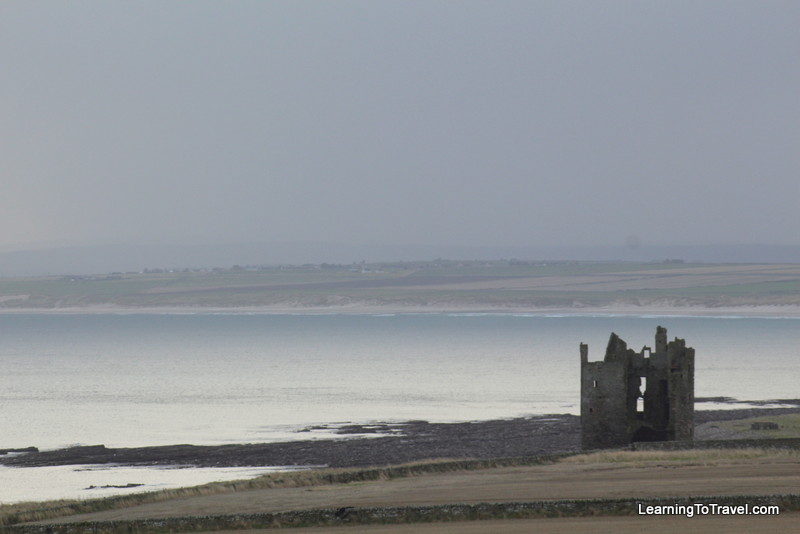 Also out there but less obvious are Pictish standing stones, some small and simple and some large and impressive, like the Hilton of Cadbol carved around 800AD and now housed at the Museum of Scotland in Edinburgh. 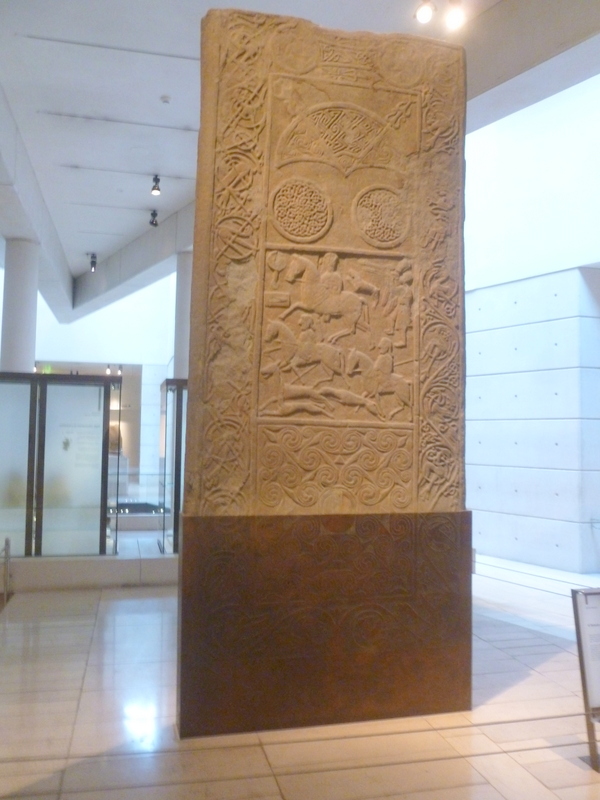 Another unique landscape feature is the firths. As you drive near the coast, you are constantly crossing large inlets, called firths. These are what gives northern Scotland that fringy look on the map.

The weather can change 180 in about 30 seconds, so you better leave the house ready for anything, every time. The further north we went, the fewer the trees, until there are just rolling hills and peat bogs as far as the eye can see. Usually dotted with sheep… There can be some pretty amazing winds up here as we experienced. This photo is blurry because it wasn’t even possible to hold the camera steady. It took two of us to open the car door to get out and walk around. 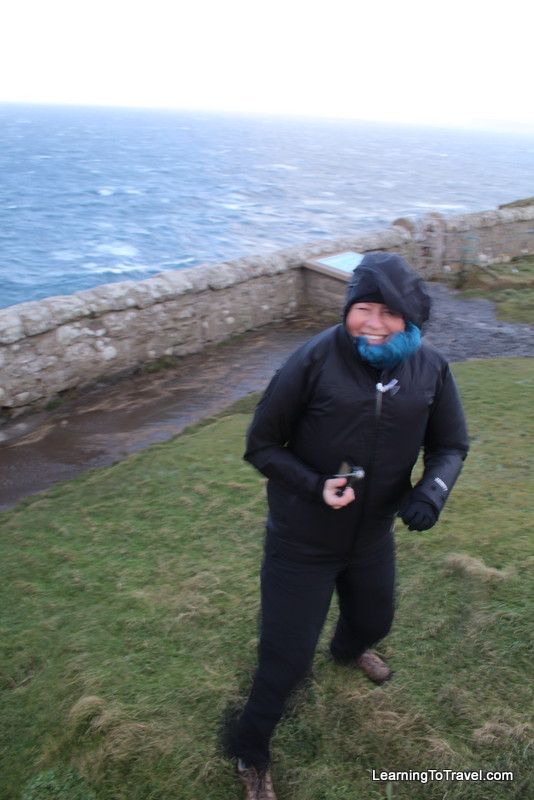 There are a good number of wind farms in the area capitalizing on that natural resource. 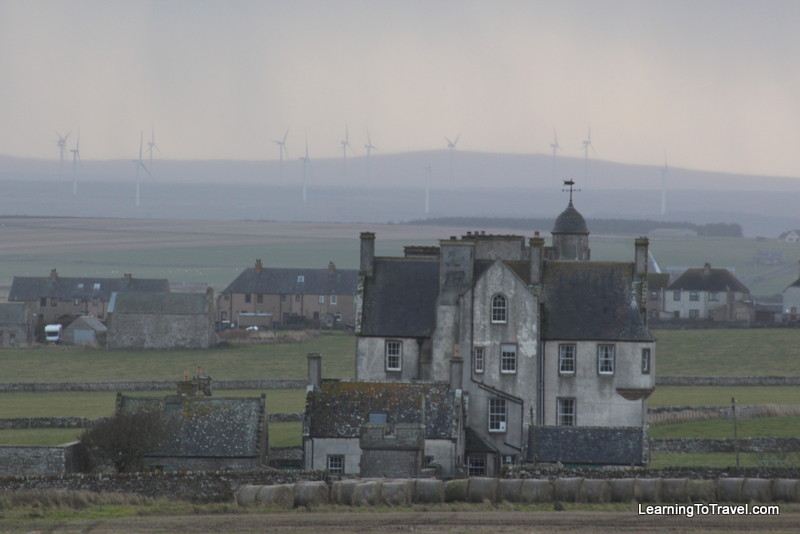 We did really enjoy Scotland and the people we met there, although, we’d like to return in the summer for the longer days and warmer weather. Up north the tourism slacks off in the winter and they take a break from mid-October through March, so a lot of the castles and museums were closed when we were there. Edinburgh however, remains fully open and I had the sense it would be a wonderful place to celebrate Christmas. 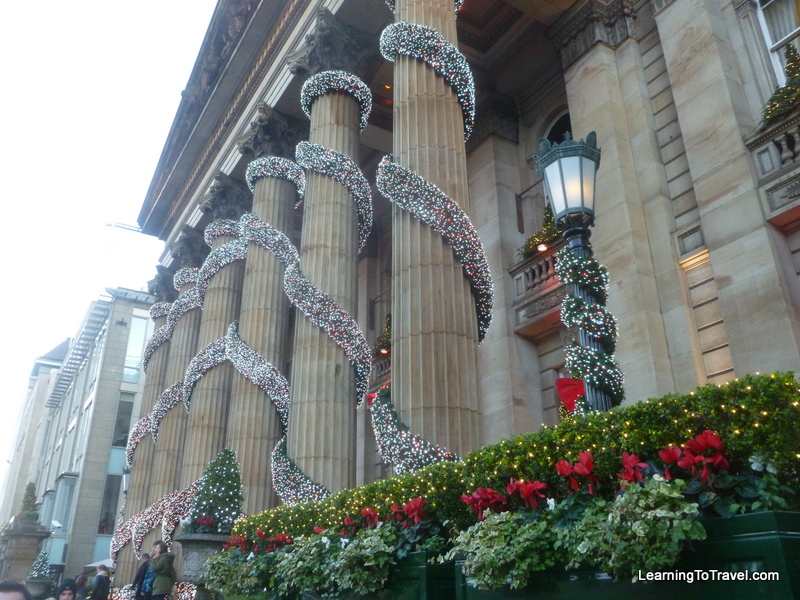