Back in 1845, the Irish got not so lucky. You’ve probably heard of the Great Potato Famine. Ireland lost 2 million people to starvation, disease, and emigration. About a million emigrated to places like the US, often on some pretty rough ships. The ships gained the nickname “coffin ships,” so that tells you something about your chances of arriving.

On our visit, we kept hearing about the masses of people who left Ireland during this period to escape the famine. The really interesting thing to me was the attitude toward the emigrants. I thought they might be seen as abandoning their country when crisis hit. I found quite the opposite. In addition to being incredibly genuine and kind, the Irish are very pragmatic people. Over and over we saw how emigrants are revered. They’re seen  as people who brave enough to risk their lives to make it possible for others to survive. And this feeling extends not just to famine emigrants, but to all emigrants. In New Ross, there is even a memorial to emigrants called the Emigrant Flame. 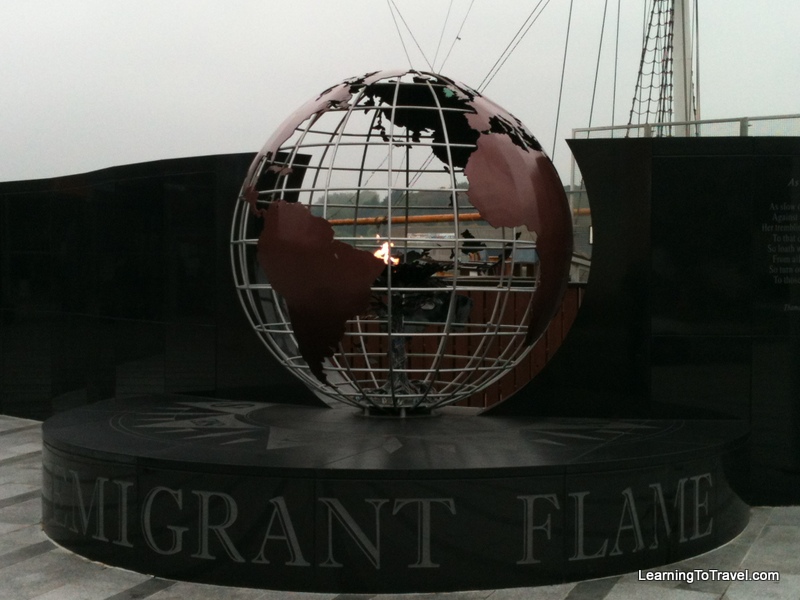 The flame itself was actually lit from the Eternal Flame at the John F Kennedy Memorial in Arlington National Cemetary and brought all the way to Ireland.  There is a life-size statue of JFK located at the spot where he spoke to the Irish people on his visit in 1963, very near the Emigrant Flame. There are banners in town commemorating the 50th anniversary of this visit. It is in fact impossible to visit this part of Ireland and indeed possibly any part of Ireland without being reminded that JFK was Irish. 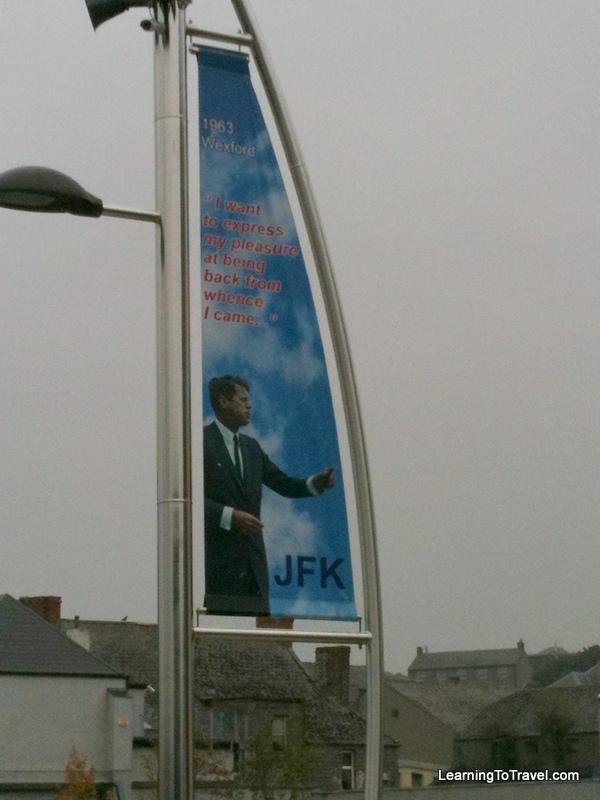 John F Kennedy’s great-grandfather Patrick Kennedy left Ireland in 1848 to strike out for America. Patrick’s birthplace and home to 5-generations of Kennedy’s, is just 4 miles from the Emigrant Flame and still farmed by the Kennedy family. The Kennedy Homestead is also the site of a museum following the Kennedy family legacy and commemorating JFK’s 1963 visit to Ireland and to the homestead. 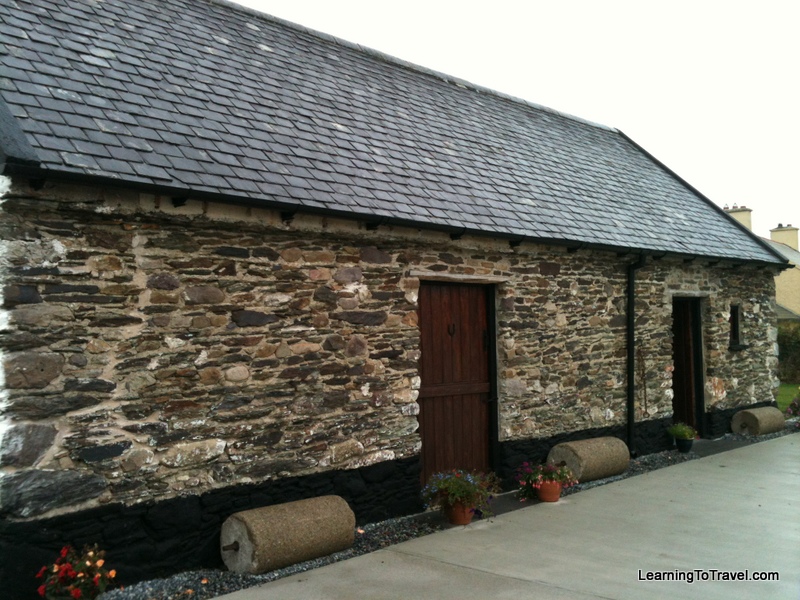 The Irish are proud of their country and their people. All their people, those that live in Ireland currently and those that have settled abroad. Whether you have a little Irish in you or a lot, it seems they take the view that deep down you are all still very much Irish.