Manatee and Primate Rehabilitation in Belize…

One of my many goals on this trip was to see a manatee, so when I noticed during the planning phase of our trip that the village of Sarteneja, Belize was home to a manatee rehabilitation center, I briefly got excited. Then I noticed that is was not open to the public, only by special appointment, so I sort of wrote it off to be honest, figuring there’d be other places I could manage to see a manatee.

However, almost as soon as we arrived at Backpacker’s Paradise, where we planned to stay for 5 nights, we were told there was an appointment made at the center for the following afternoon and we were welcome to come along. I immediately got very excited!

What I saw and learned about the Manatee and Primate Rehabilitation in Belize hosted and managed by a non-profit organization called Wildtracks so fascinating I just might have to come back.

Not only do they serve as the only rehabilitation center for these species in Belize, they also have an amazing and affordable volunteer program that lets them accomplish a lot more, while allowing volunteers the opportunity to get experience working hands on with these animals for 1 or more months at a time.

While we were there, we got to see a growing manatee named Duke. Duke is an Antillean Manatee who currently weighs in at about 200 pounds, but he’ll need to be closer to 350 before he starts the process of being released back into the wild.

He’s been having trouble gaining weight, so he’s being tube-fed, a process that saves a lot of manatees but involves specialized training. There are only about 100 people in the world with that training and three of those individuals reside here at the Centre in Sartenaja. We were able to watch as the crew weighed and fed Duke. 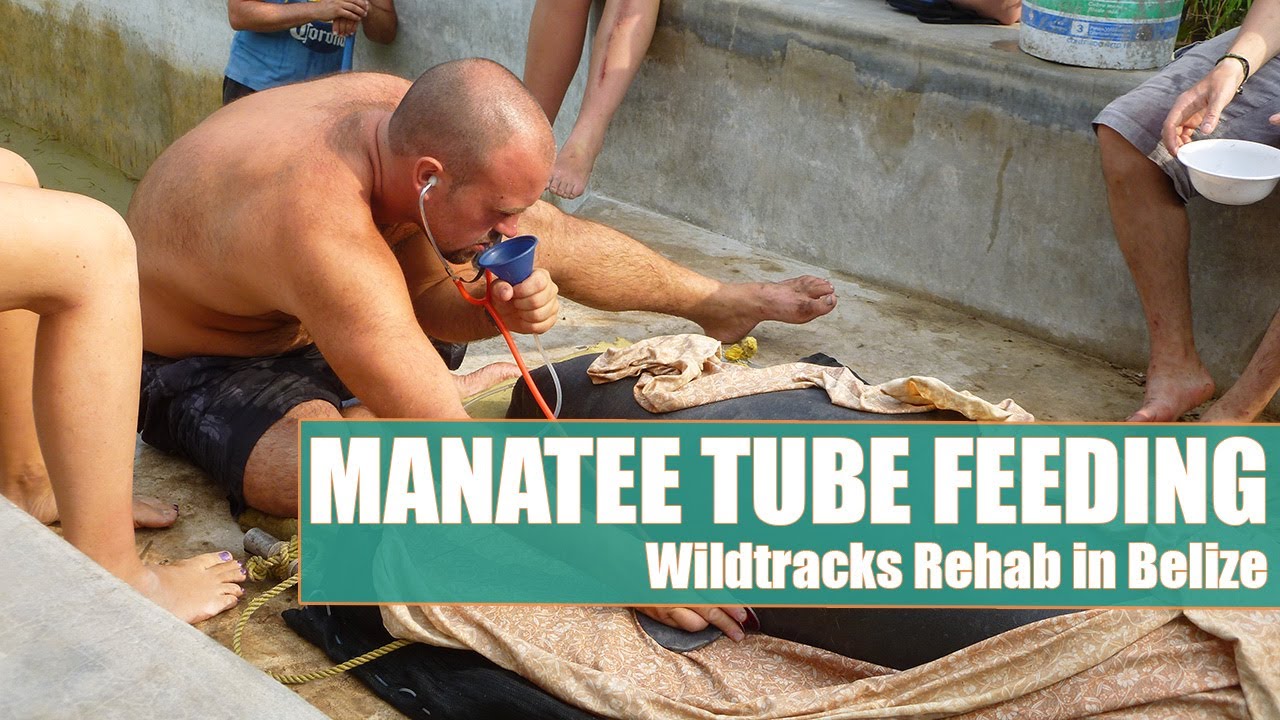 Our tour guide, Emma, also happened to be the primary handler of a 2 month old Yucatan Black Howler Monkey named Bean. Although when she’s older, Bean’s contact with humans will decrease, right now, she still has quite a bit of human interaction, so we were lucky enough to have her accompany us on our tour as well, stealing a bit of Duke’s limelight for sure. 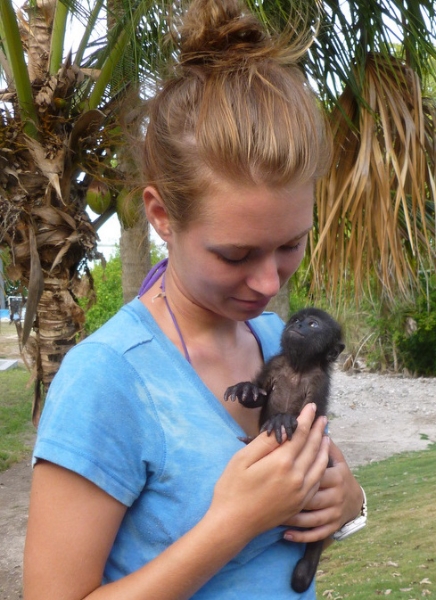 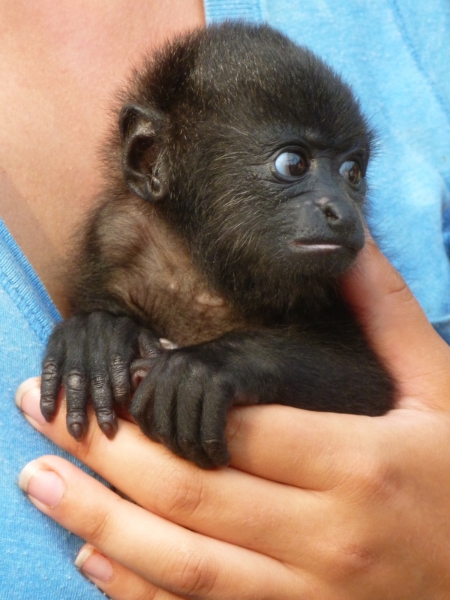 Bean was discovered by a hiker on a trail in Cockscomb Basin Wildlife Sanctuary (a place we hope to visit in a few weeks) covered by ants and in rough shape. For some reason, probably involving group dynamics, she’d wound up alone and on her own at only 1 week old. Luckily, someone knew to call Wildtracks and they came and got her. Now, with the help of Emma and her coworkers, Bean’s growing into a healthy little monkey and working toward returning to the jungle.

If you are interested in learning more or helping to save manatees and monkeys, check out the Wildtracks Manatee and Primate Rehabilitation in Belize website at wildtracksbelize.org or sign up to come volunteer!