In Victoria Falls, Daryle and I unexpectedly encountered the opportunity to ride an elephant, so we took it. 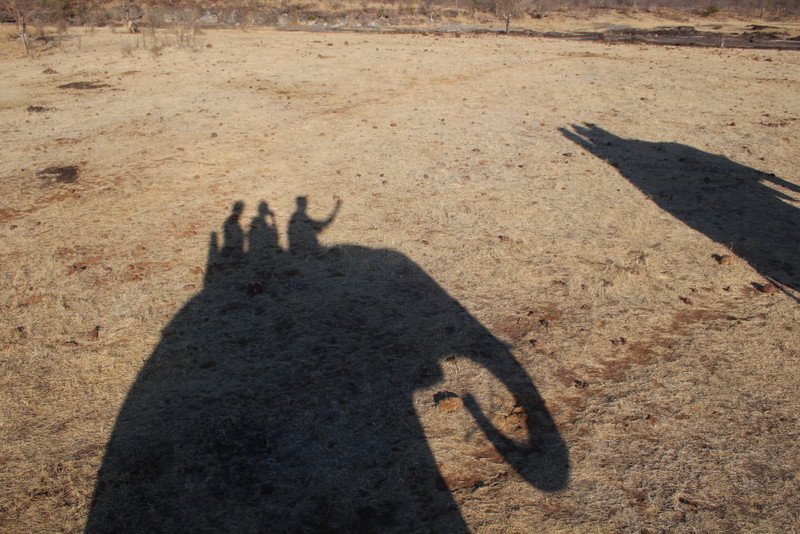 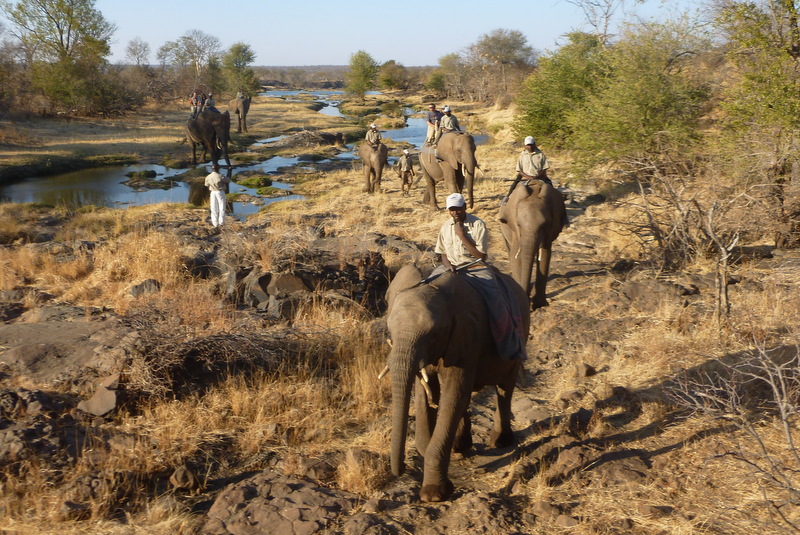 As a popular tourist destination, Victoria Falls has all manner of animal-centered opportunities, as well as an array of adrenaline-junkie activities – and there are no shortage of people who’d like guide you to a place to buy a ticket. We passed on anything requiring a harness and rope, no bungie jumping off the bridge or throwing ourselves off the cliff overlooking the river, but we couldn’t pass up the helicopter ride over the falls or the Elephant Ride.

There is no doubt a wild African elephant is a huge and incredibly dangerous creature. They could crush you in a second, but can also be incredibly gentle and seem to be able to read the energy of humans. They form very strong social bonds and in some cases they’ve even extended these bonds to humans. 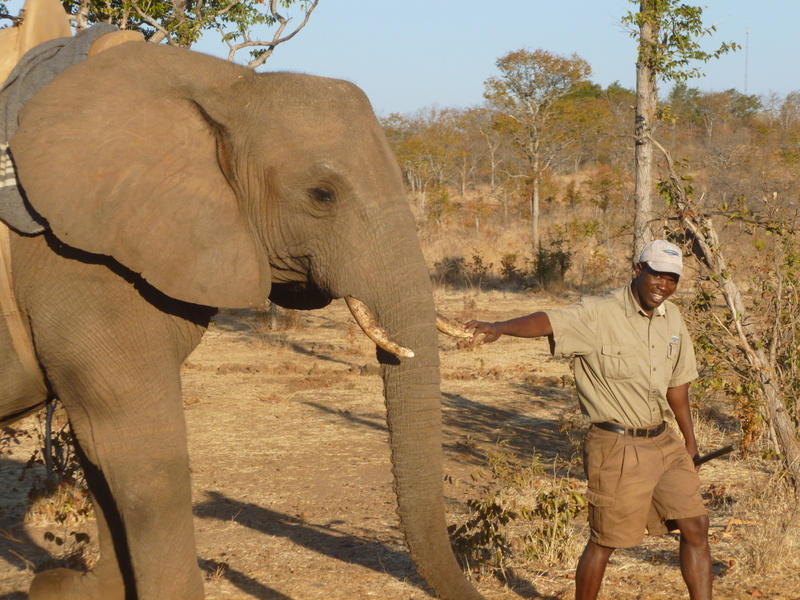 Back in South Africa, we met elephant keepers who actually spend pretty much every waking moment roaming the reserve with their elephant. They carry no weapons and the bond between them and their elephant is so strong that the elephants have been known to take on a lion to protect their keeper as they would for another elephant in the family.

Elephants at Wild Horizons Elephant Safari in Victoria Falls have been orphaned or injured as youngsters and unable to return to the wild. And if an elephant decides it doesn’t want to continue participating (ie. giving rides) they let the staff know and they are actually allowed to quit and roam the reserve.

We started out just getting to know the elephants a bit from up on a platform. We could pet their heads and trunks and they could sniff around us a bit and of course we could take photos. 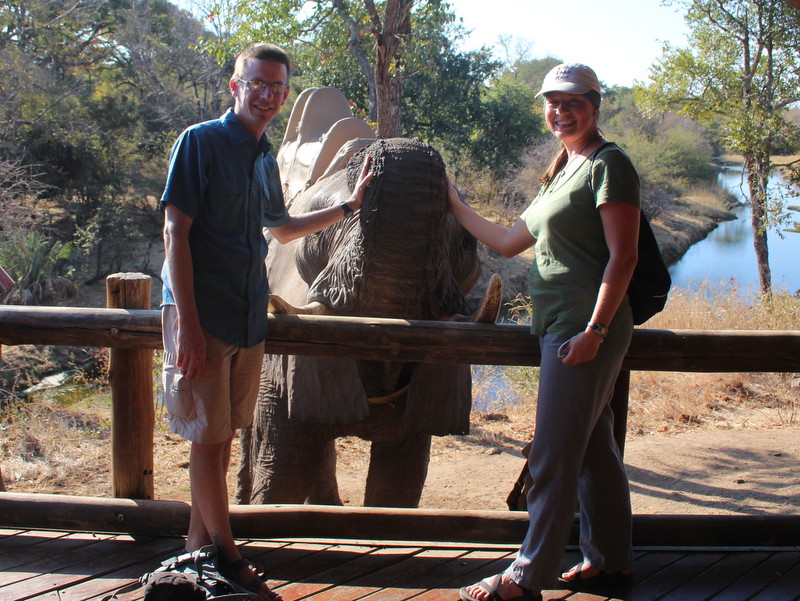 I really liked the first elephant I met and when the guide told me she was responding positively to having her head scratched, I felt like this was my elephant. This is Janet, and her calf,    who followed close behind all the way. 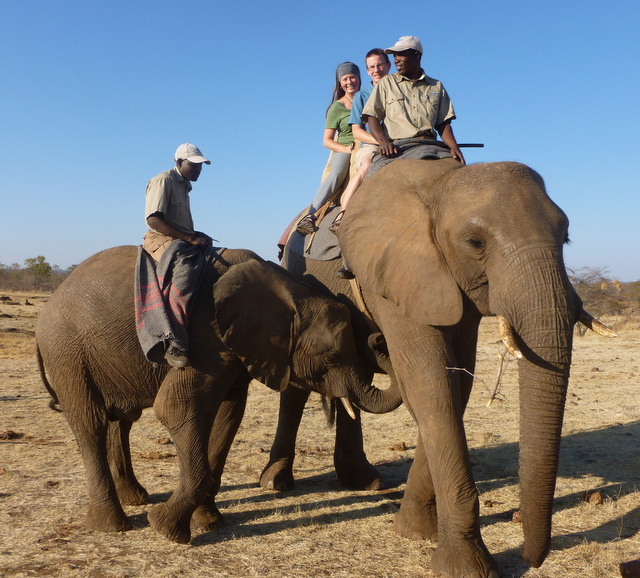 Riding high on a jumbo is a pretty incredible way to see the landscape. We saw a few giraffes, but the highlight for me was the feeling that I had forged just a very small bond with this giant. 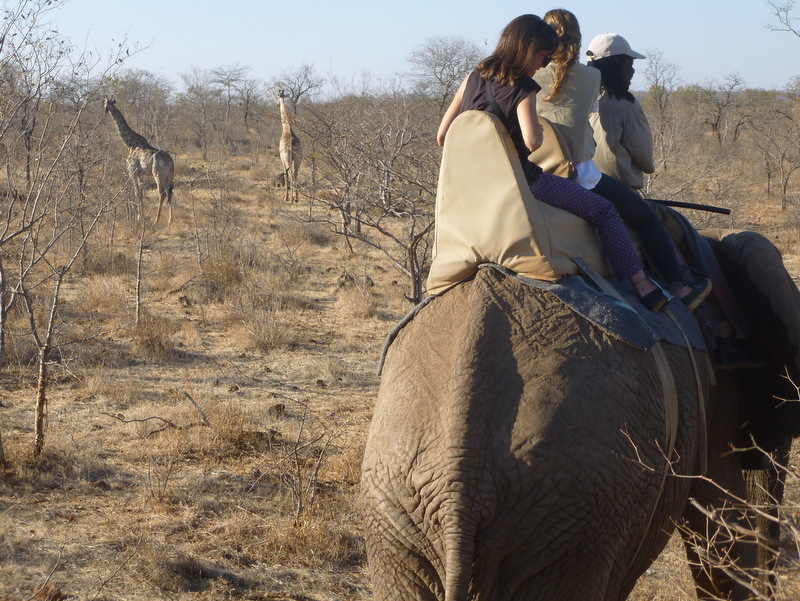 In the end, we got to feed Janet as a way to say “thanks for the ride.” 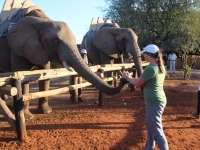 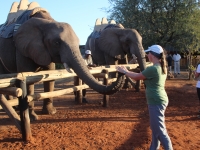 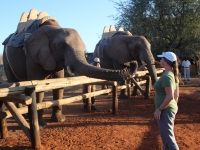 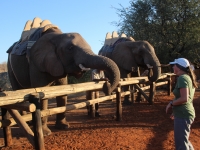 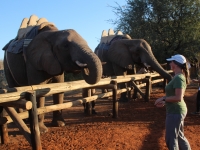 And I bought a copy of her “autograph” to take home in exchange for a donation to the Wild Horizons Trust. 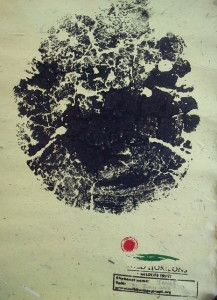