From the port in Athens at Pireaus, we took an 8 hour ferry ride to the island of Santorini. Santorini is a place I’ve been seeing in photos for quite some time and every time, I thought “I have to go there.” You’ve probably seen those photos, they look something like this. 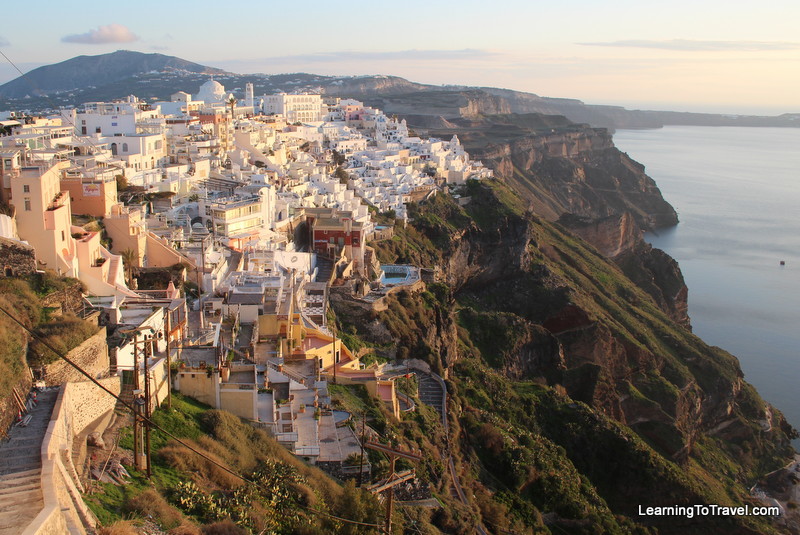 It was early January and we knew it would be low-season, but we weren’t quite prepared for the magnitude of the low season. I’d say at least 90% of shops, restaurants and hotels weren’t even open. Finding a restaurant where you could have dinner or a drink while watching the world famous sunset over the caldera was near impossible. Many restaurants that were open were offering only a very limited menu, no problem finding a grilled ham and cheese sandwich or a pizza, but beyond that things got dicey.

The serious upside of a low-season this low was that we had to share quaint cobblestone paths and  beautiful views with almost no one. I even watched a caldera sunset from narrow streets of Fira completely alone one evening. 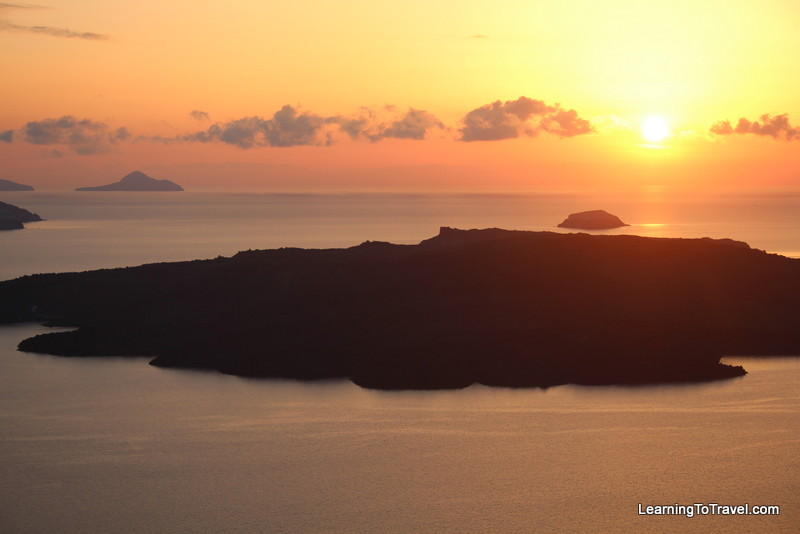 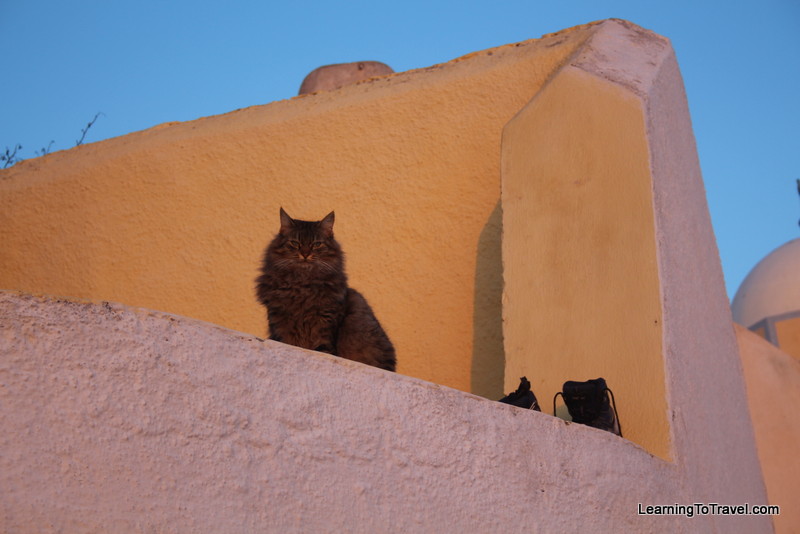 I have to admit, this is the point on our trip where I broke down and actually bought a box of cat food. Not that I needed it to make friends here – the cats were everywhere and many of them don’t need to be bribed. 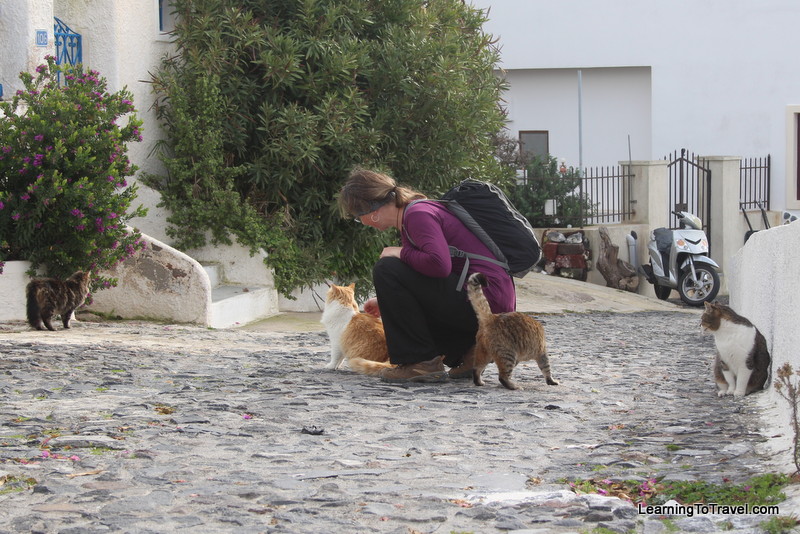 Santorini has just over 11,000 inhabitants, but can host up to 80,000 visitors a day during high season. The majority of visitors come via cruise ship, sometimes as many 5 ships a day! Obviously summer brings a very different vibe to the incredibly peaceful quiet island we found in January. In the summer, the pathway up from the port is teeming with people – and donkeys. When we walked down the 500 stairs, we were almost alone, but somehow when we were ready to head back up a little old man appeared with a string of donkeys. It seemed like something you should do in Santorini, so we dropped $20 for a ride back up. What we didn’t count on when we agreed to the ride was that we’d be riding double – Daryle and I on one donkey. Judging by the huffing and puffing of our donkey, I don’t think he was counting on that either. 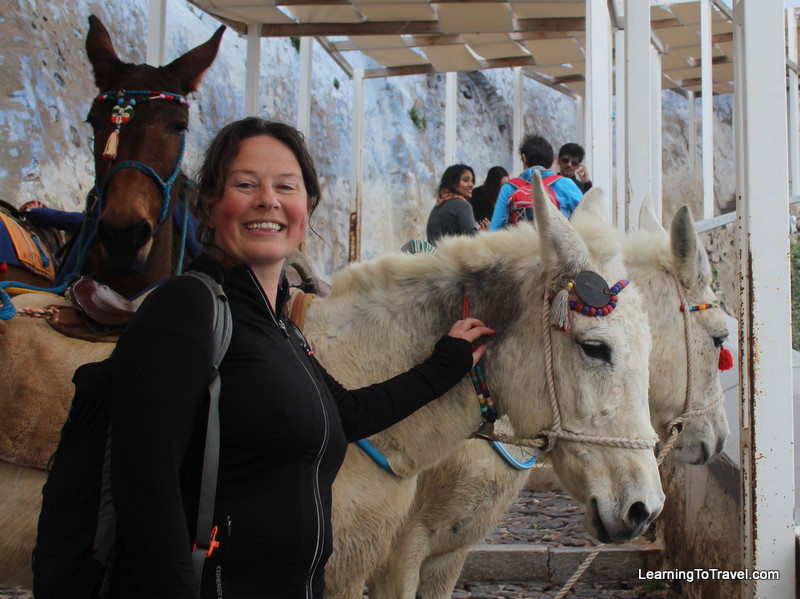