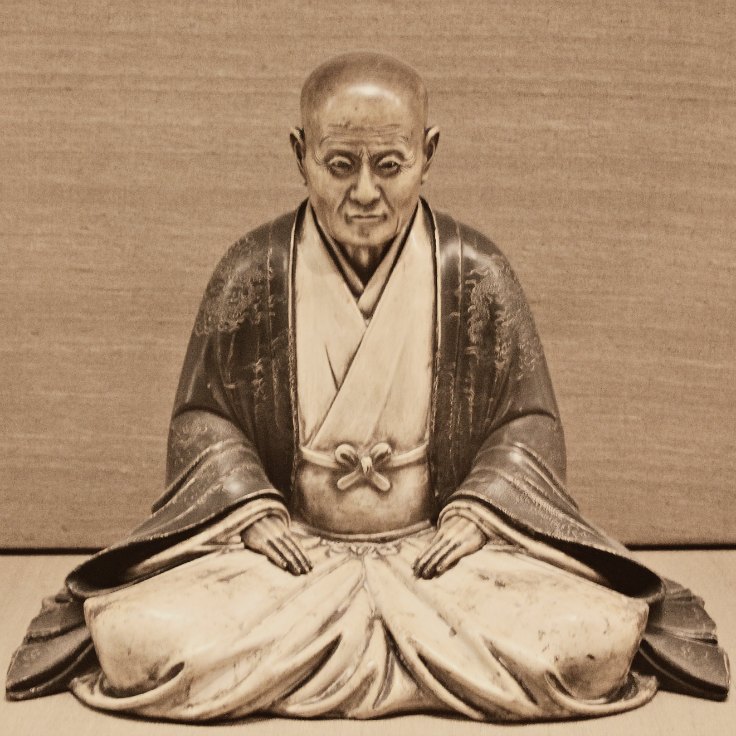 This statue of a retired townsman is a portrait done in lacquered wood that we came across at the British Museum.

Traveler’s tip: When taking photographs of museum objects also take a photograph of the name plate of the object for easy reference later.

Here is what the museum’s website has to say about the statue that is from the Edo period, late 17th – early 18th century AD:

In Japan it was quite common for prosperous townsmen and merchants to become lay Buddhist monks while continuing their secular lives. They believed that by having their portraits made they would preserve the well-being of their family, and its Buddhist traditions.

This statue is less than half a metre high, and yet it has a great air of solidity and calm. The fine lacquer work and pigments of his vestments survive and the crystal eyes give the figure a gently human expression.