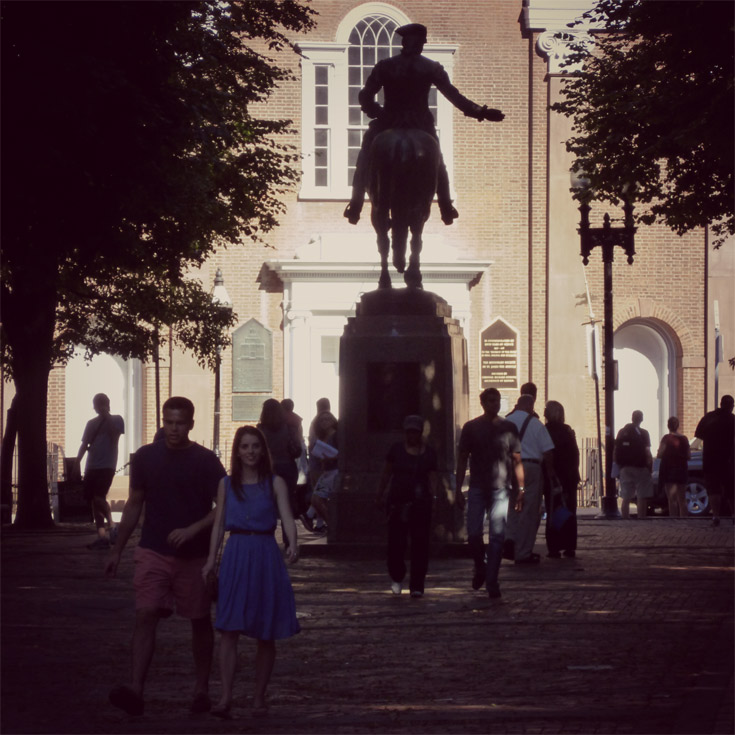 Paul Revere Statue outside of the Old North Church in Boston, Massachusetts

That is the well known Paul Revere Statue in Boston, Massachusetts and behind it is the Old North Church, the church where the famous “one if by land, and two if by sea” signal came from during the American Revolution.

Joyce and I visited Boston a few years back but could only stay a few hours because we had a train to catch. In that time we mostly walked around the downtown area and saw what we could see. Which is unfortunate because I know Boston has a lot to see and do.