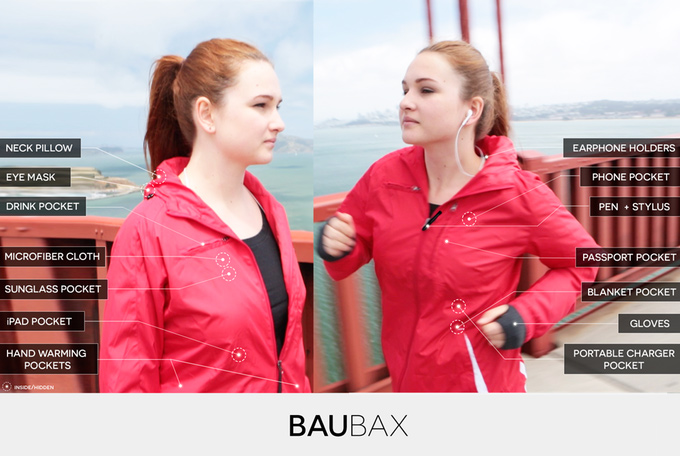 Baubax is getting a ton of attention in the media now that their travel jacket has crossed the one million dollar mark on Kickstarter.

But is it really the world’s best as they claim? Too early to say but I do have my doubts. It seems more like an item you’d see in the SkyMall magazine and laugh at but since it is on Kickstarter and is being developed in Silicon Valley it is hip.

Even the video on Kickstarter plays like a late night infomercial.

One of the main features is a built in inflatable pillow but from the pictures and the video it looks too small to be of any real support. Other features like a  koozie drink pocket or built in telescoping pen just seem like gimmicks.

But congrats to them for raising so much money and getting folks to hand over money for a product that has not been tested in the field. Can’t wait to see how it does.