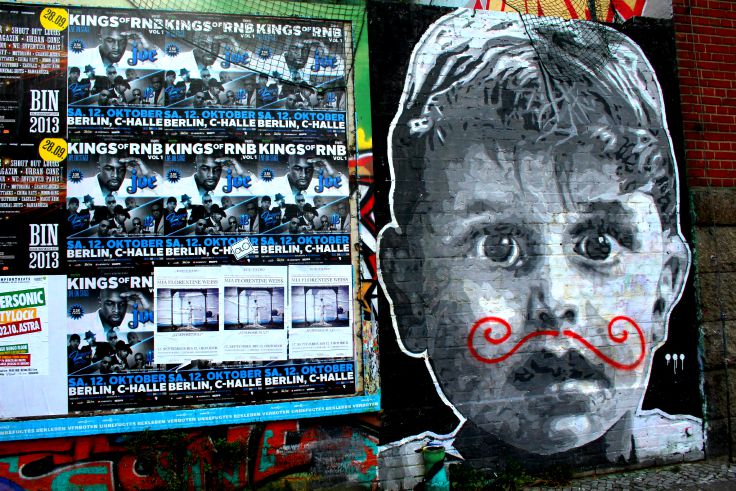 In Berlin we saw street art everywhere, some good, some bad, but all of it interesting. 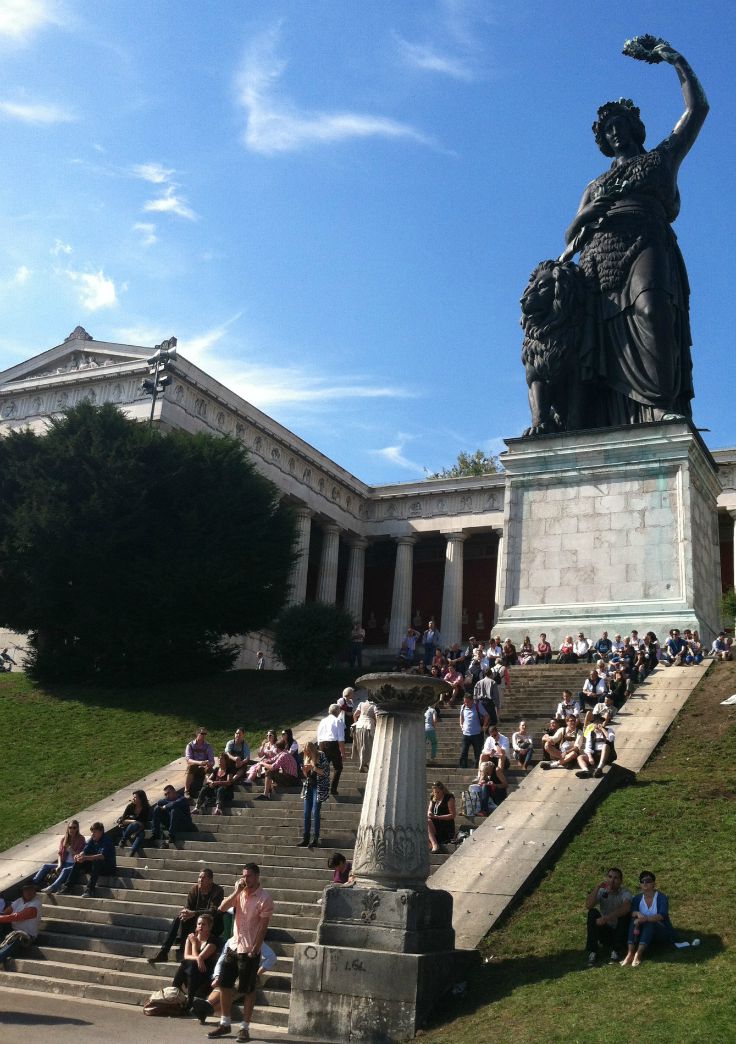 According to Wikipedia “Bavaria is the name given to a monumental, bronze sand-cast 19th-century statue in Munich, southern Germany. It is a female personification of the Bavarian homeland, and by extension its strength and glory.

The statue is part of an ensemble which also includes a hall of fame (Ruhmeshalle) and a stairway. It was commissioned by Ludwig I of Bavaria, with the specific design being chosen by competition. It was cast at the Munich foundry of J.B. Stiglmair between 1844 and 1850 and is the first colossal statue since Classical Antiquity to consist entirely of cast bronze. It was and is up to the present day considered a technological masterpiece. Because of its size it had to be produced in several parts; it is 18.52 metres (60 ft. 9 in.) high and weighs about 87.36 tons. It rests on a stone base which is 8.92 (28 ft.) metres high.

An internal circular staircase leads up to a platform in the head, where four openings in the helmet provide a view of the Theresienwiese and downtown Munich.”

For us it was just one of the many cool things we found at Oktoberfest. 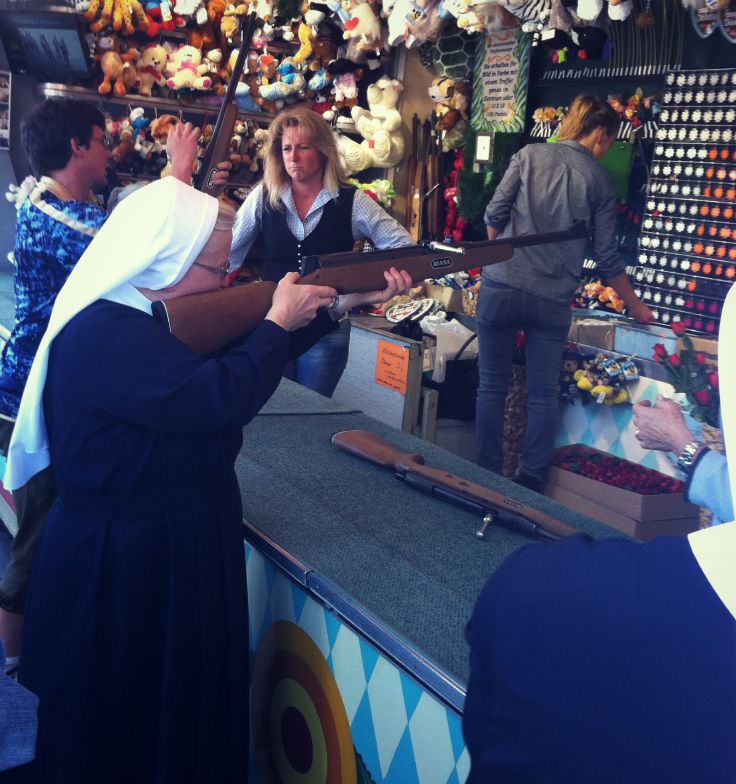 How often does a nun get a chance at some target practice? Came across these gals taking their shots at Oktoberfest in Munich, Germany. A festival I highly recommend you add to your bucket list.