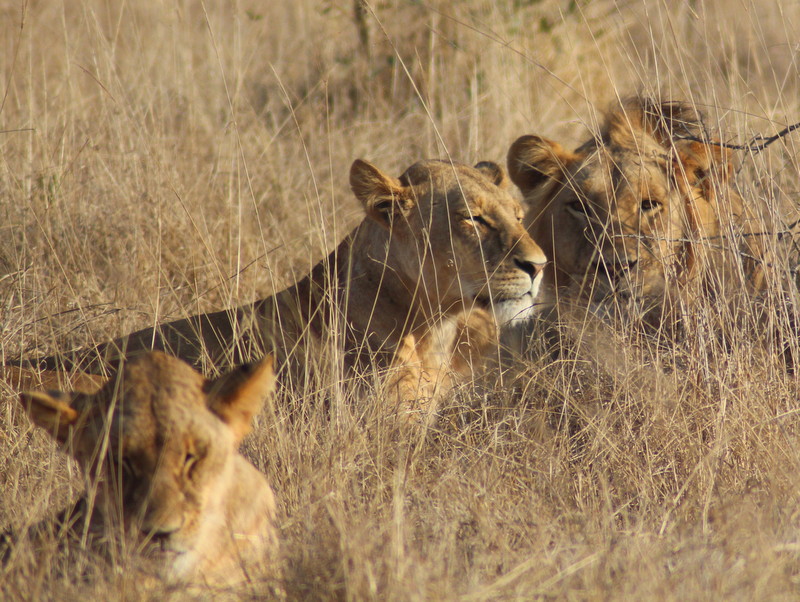 The one major missing sighting on our African adventure was the lion, until last week.

Last week, on a final mission to see a lion, we braved the Mombasa-Nairobi Road and headed to the Lumo Conservancy, just outside Tsavo West.

I was holding my breath, so hoping to see some lions. Halfway through our 6 am game drive we hadn’t seen much of anything and although my hope were still high, I was worried it was not to be. At this point I was reminded of why it is good to take an official game drive rather than driving around on your own. Our rangers made a few mysterious phone calls, our vehicle picked up speed and only minutes later we were looking at a pride of 8 lions. It may not be true, but I believe that finding the lions and the phone call were directly related. Rangers have eyes in the field and connections, its worth the price of admission.

I had high expectations of the lions and I was not disappointed. 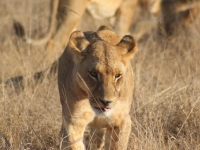 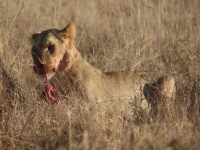 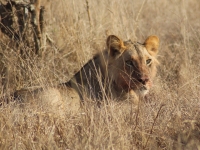 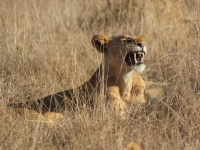 We were also lucky enough to see a serval, an aardwolf, hyenas, and these guys – an adorable litter of very curious jackal pups. 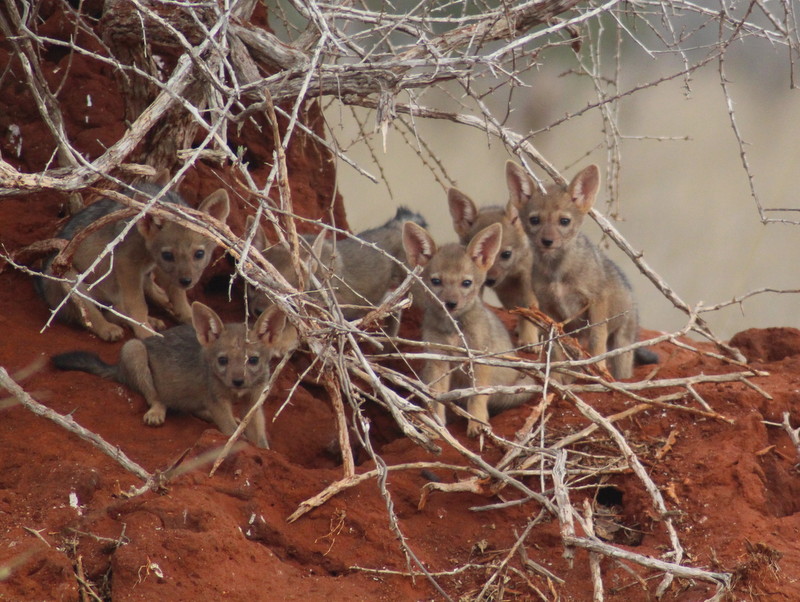