Today we visited a remaining piece of the Berlin Wall that’s been turned into an art gallery of sorts. It got me thinking again about “the fall of communism” and what that meant to so many people.

I remember when the wall fell, seeing it on TV. I was too young to really know what it meant. I knew it was important and I do remember it, but I was probably more concerned about if someone was going to ask me to the school dance on Friday.

As we’ve been traveling in countries that used to be “behind the iron curtain” these past few weeks, I’ve realized how little I know about what life was like or who the people in these countries are. Hence the term “iron curtain”, I suppose.

As we’ve traveled through areas once occupied by the Soviet Union, (Latvia, Poland and eastern Germany, specifically) I’ve learned about cultures and people who were destroyed and oppressed by occupation and war. I’ve met people who are fiercely proud of their nations and cultures and who have withstood staggering pain and loss with resilience and optimism.

Today, after we visited that remaining piece of the wall, I looked up the news footage from Nov. 10, 1989 and watched it again.

It was a good reminder that everywhere, people are just people – individuals with hopes and dreams, who would like to be free to make their own decisions and shape their own lives. Here it is if you’d like that reminder too. (And there are some more images from the wall today below.) 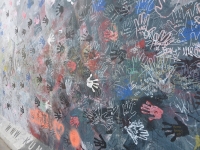 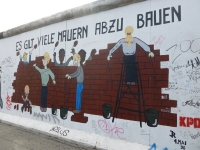 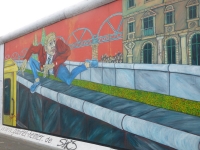 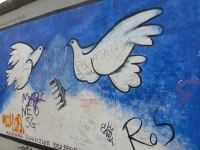 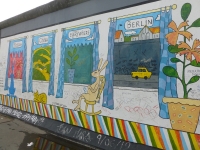 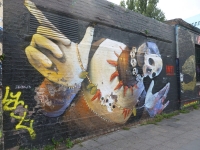 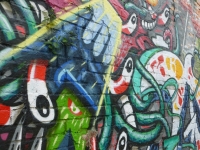 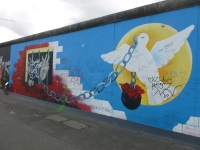 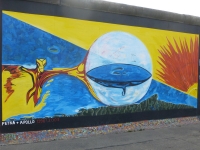 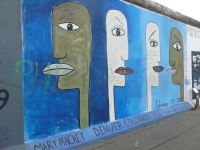 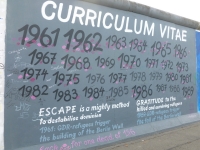 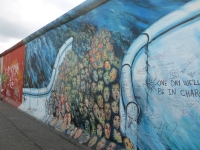