Even though we are sure we’ve seen the point where the Indian and Atlantic Oceans come together, we’re still not sure exactly where that happens.

Is it here at the Southernmost tip of Africa? The monument builders thought so. 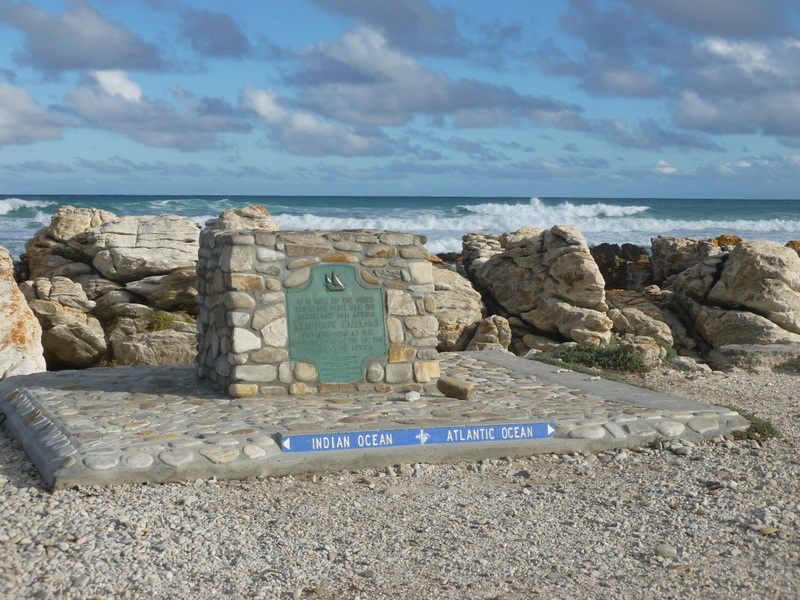 Or is it here? At Cape Point and the Cape of Good Hope, the tip of the Cape Peninsula south of Cape Town. The tour guides, curio shop, and most Cape Town residents would have you believe so. 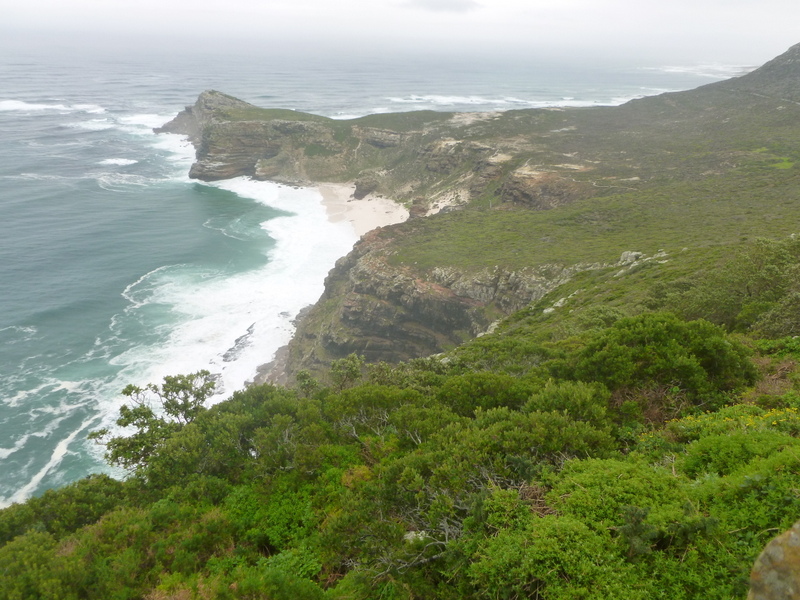 So, where is the official meeting? Here are some slightly more educated and official thoughts, but your guess is as good as mine, it appears.

But either way, we do know we’ve seen it.