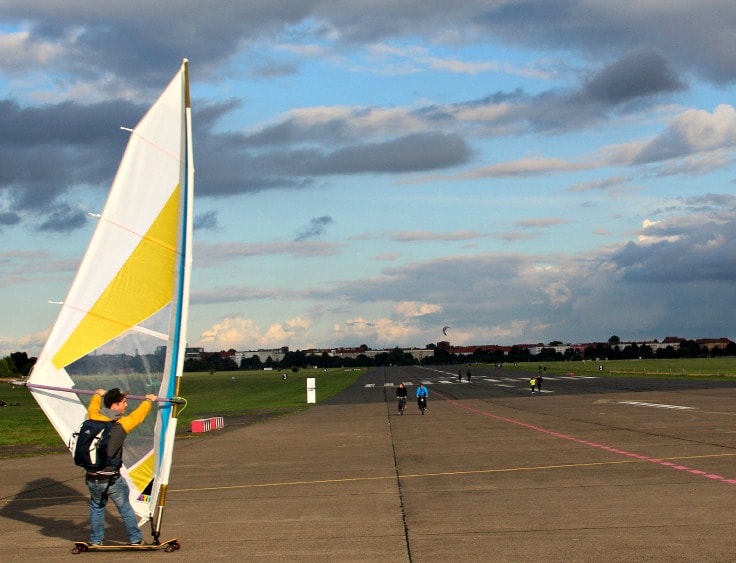 Tempelhof was designated as an airport by Germany‘s Ministry of Transport in 1923 and the terminal was finished in 1927. After decades being in the center of historical events the airport closed in 2008 and became a unique city park for the citizens of Berlin. We spotted this Windskater at Berlin Tempelhof Airport during our visit in the fall of 2013.

It is pretty amazing to be able to walk around an old airport, let alone such a historic airport as this one. We probably spent a little over an hour exploring and taking pictures of this special place.